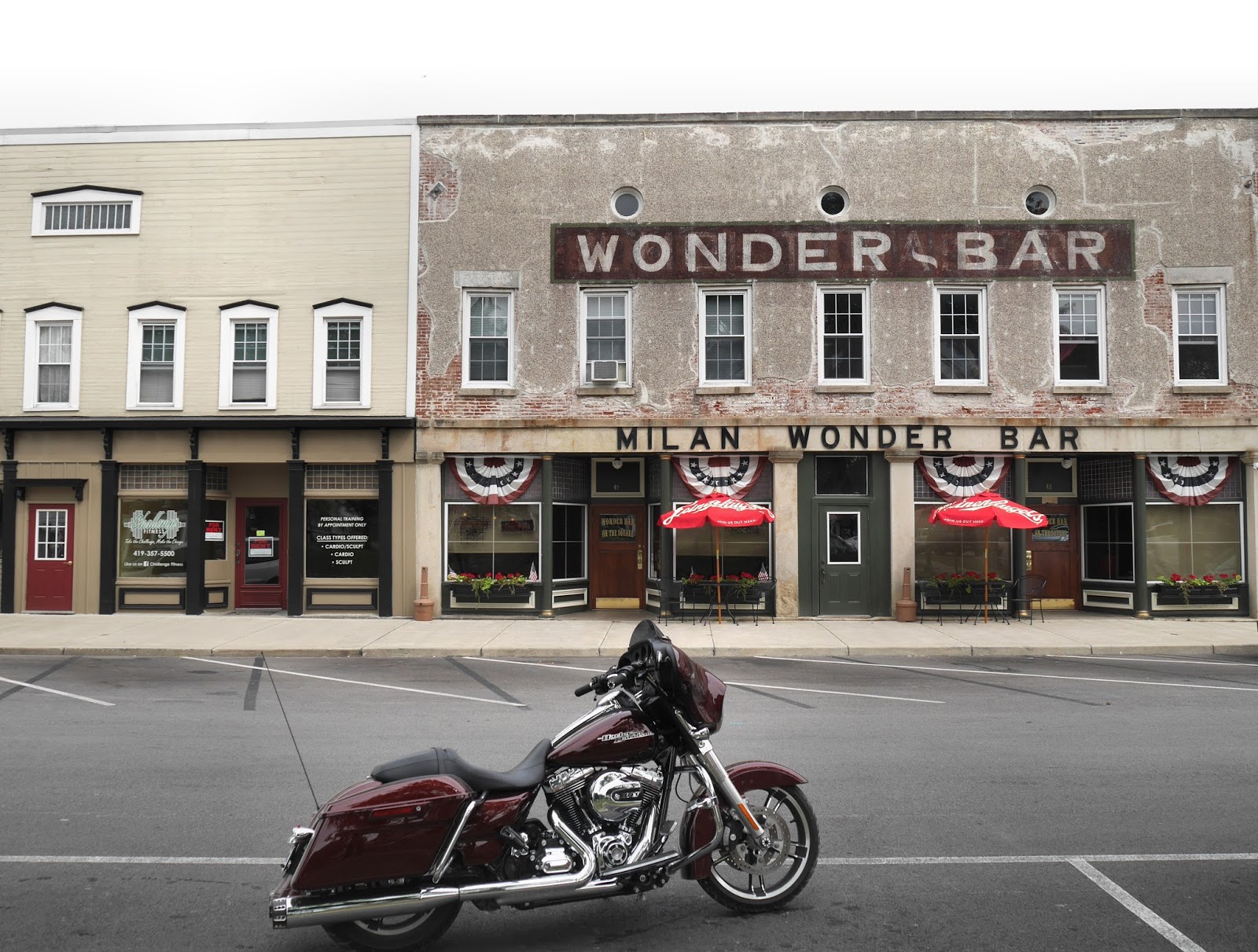 I've long been fascinated by how so much of Connecticut history happened outside of Connecticut. Two years ago I posted here about Connecticut in Pennsylvania; today I have a little piece up on Atlas Obscura about New Connecticut, aka the Connecticut Western Reserve.

This roughly rectangular section of northeastern Ohio, which is - yup - roughly the size of Connecticut, can be divided into two parts. The larger, eastern segment was purchased from the state by the private Connecticut Land Company in 1795 and settled for purposes of commerce, religion, and adventure. The smaller, western portion was reserved as compensation for victims of British raids carried out against Connecticut towns during the Revolutionary War and settled mostly after the War of 1812. If you're from Connecticut and you drive through this region, you quickly spot the Connecticut influence. It's there in the familiar place names and architecture, the classic town greens, the church steeples and town halls and roundabouts. It's also apparent in a less tangible feeling of simply knowing this place - even if you've never been here, you sense that somehow you've seen this all before.

If you, too, are interested in the influence of Connecticut's culture on far-flung places, please check out the Atlas Obscure story. If you just want more pictures, here are some additional photos I took of this little piece of New England in the Midwest. 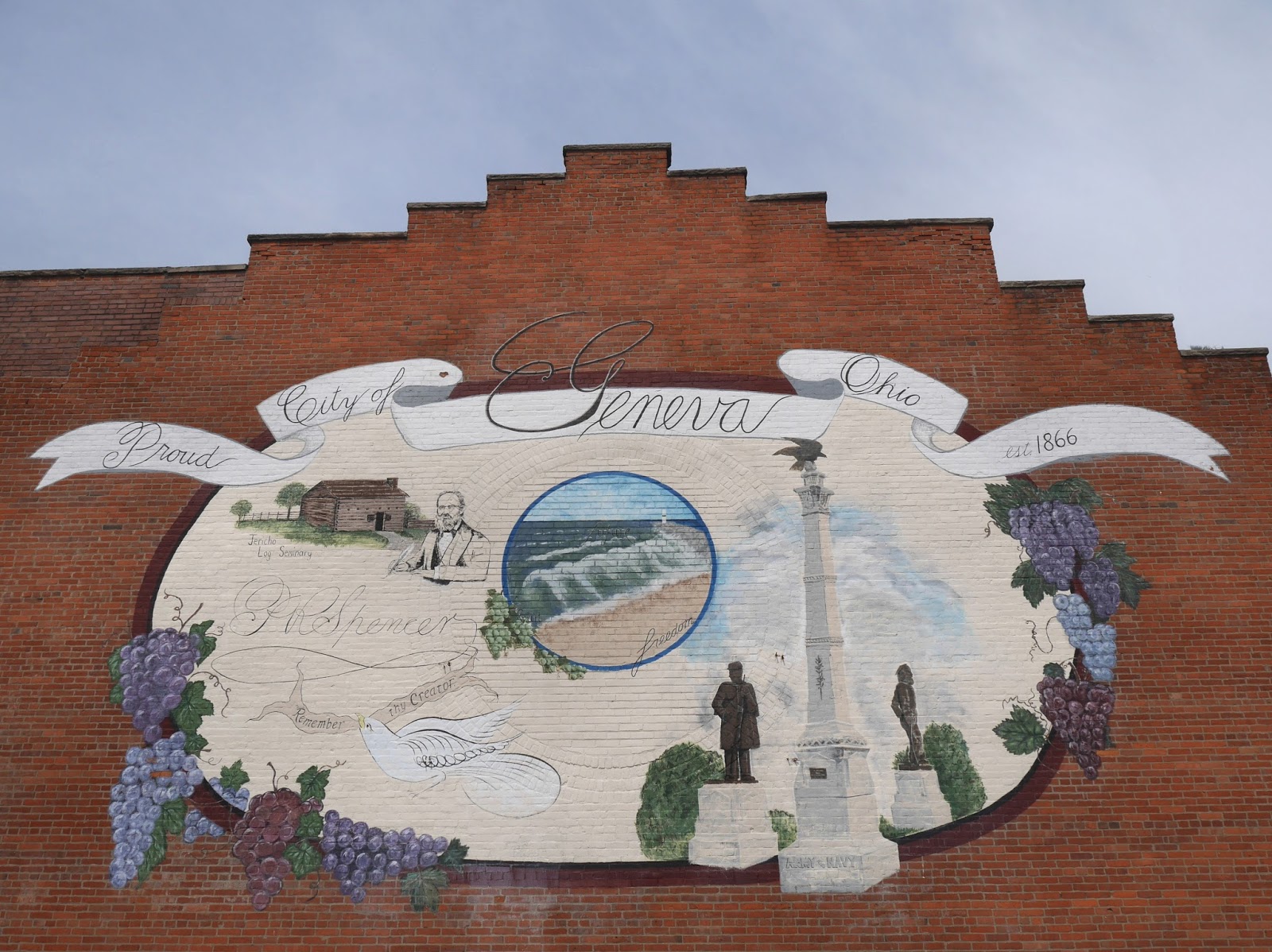 Geneva was, like many of the towns I visited, old-fashioned and adorable. I couldn't help but wonder if these grape leaves had any connection to those on the Connecticut flag. They don't, but this is the kind of thing you think about in a place where seemingly every other street name refers to a place like Hartford or Sprague. 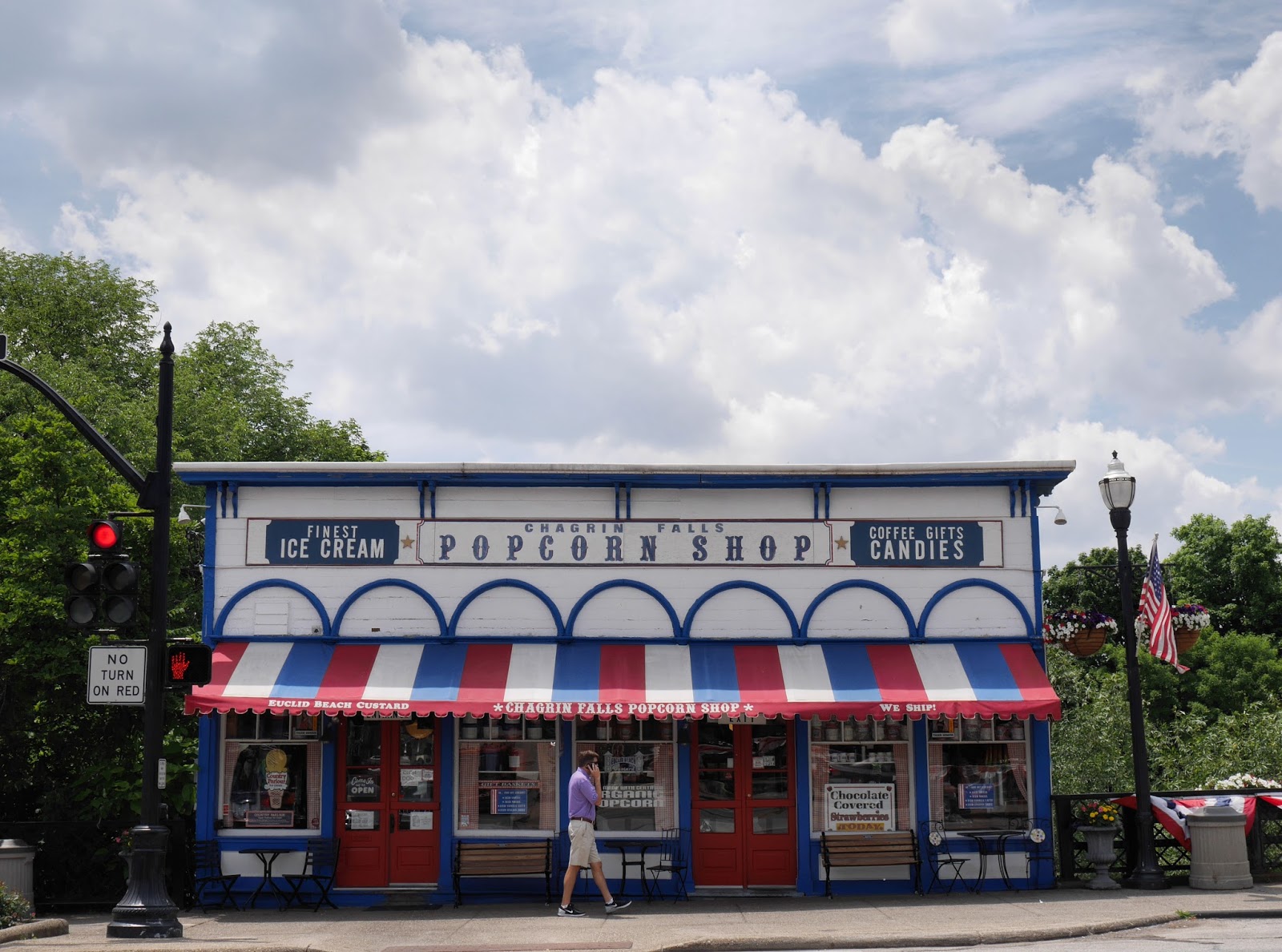 
Much of my trip felt like a parade of intensely picturesque town centers. Chagrin Falls (on the river that did not, as one story goes, get its name from an incident in which Moses Cleaveland and his Connecticut Land Company surveyors mistook it for the Cuyahoga) instantly reminded me of the quietly lovely towns on the Connecticut River. 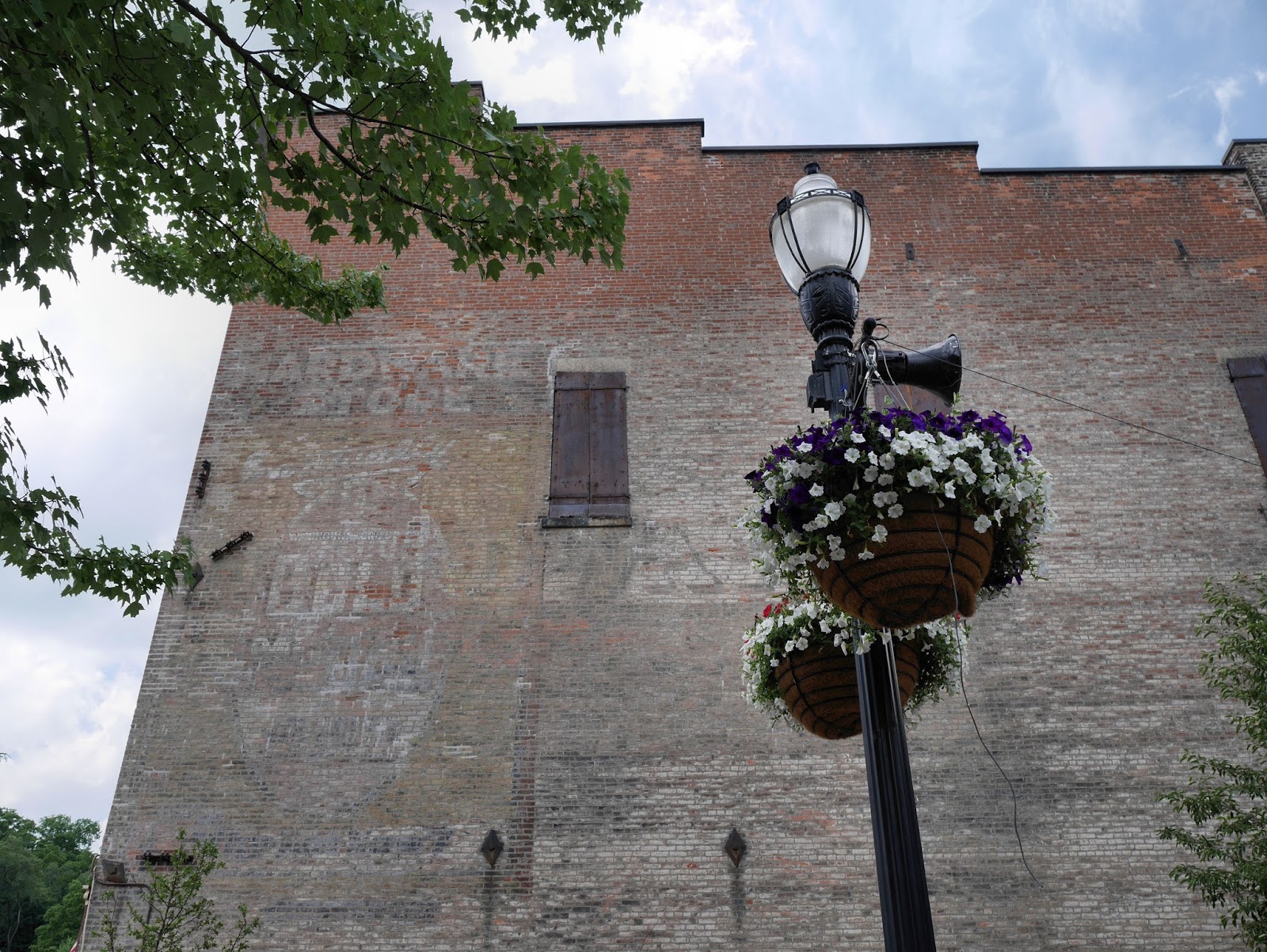 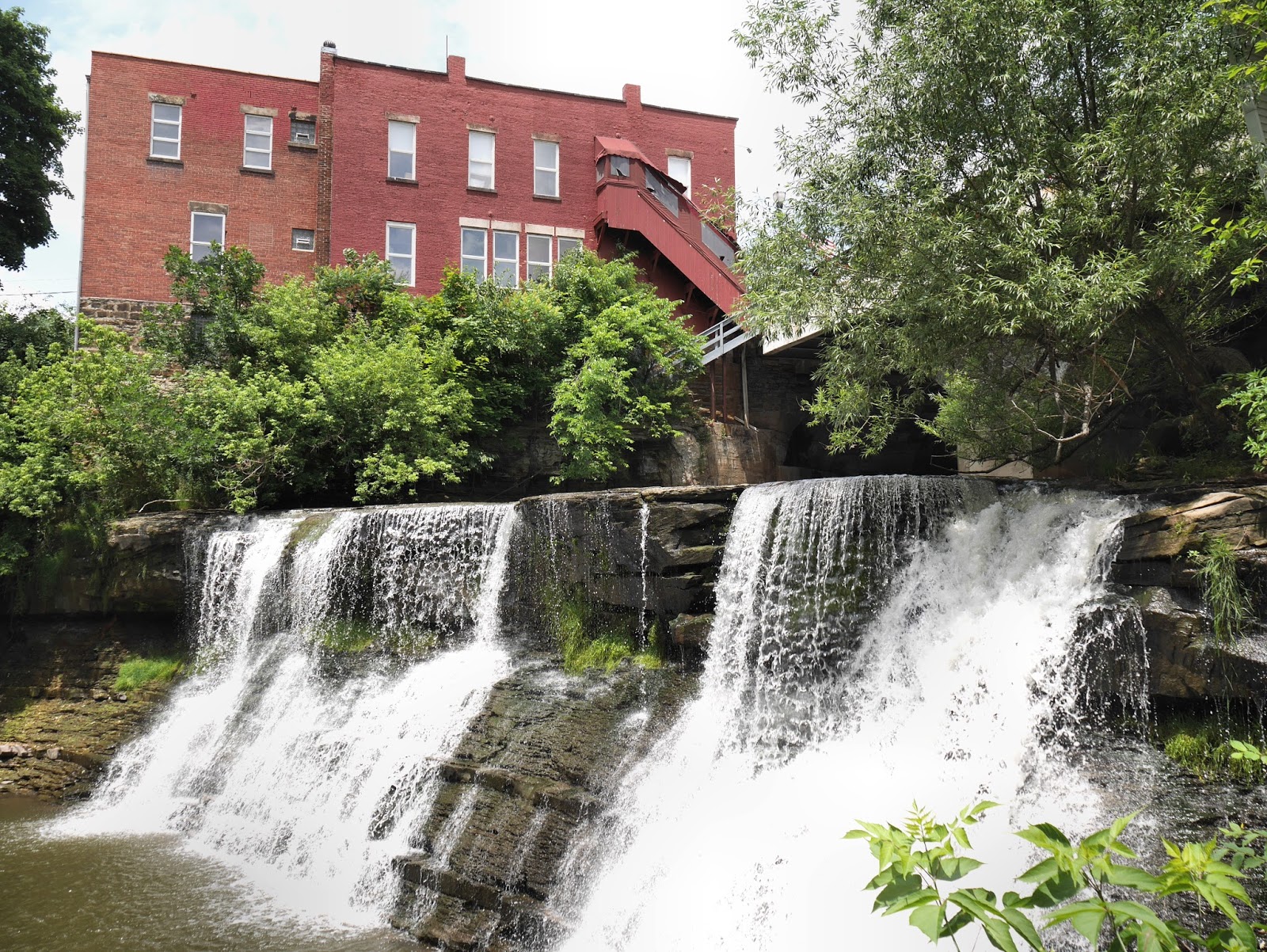 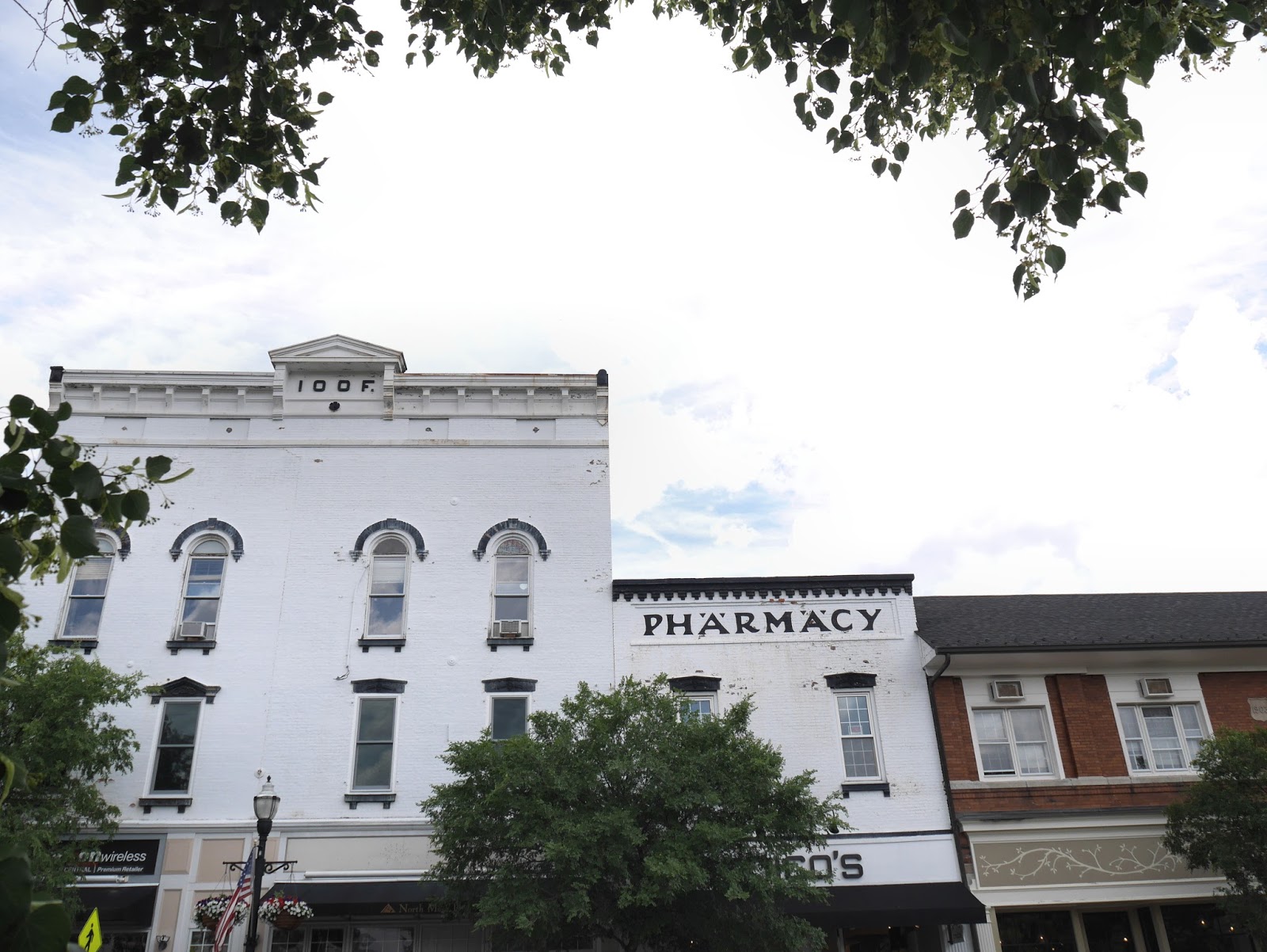 I saw town greens (or "squares") in places like Chardon, Milan, and Medina, that evoked Connecticut so exactly it seemed the early settlers had hitched their town greens, gazebos and all, to the backs of their wagons and dragged them 500 miles across the country. Most were bordered by colorful rows of shops, offices, and restaurants. 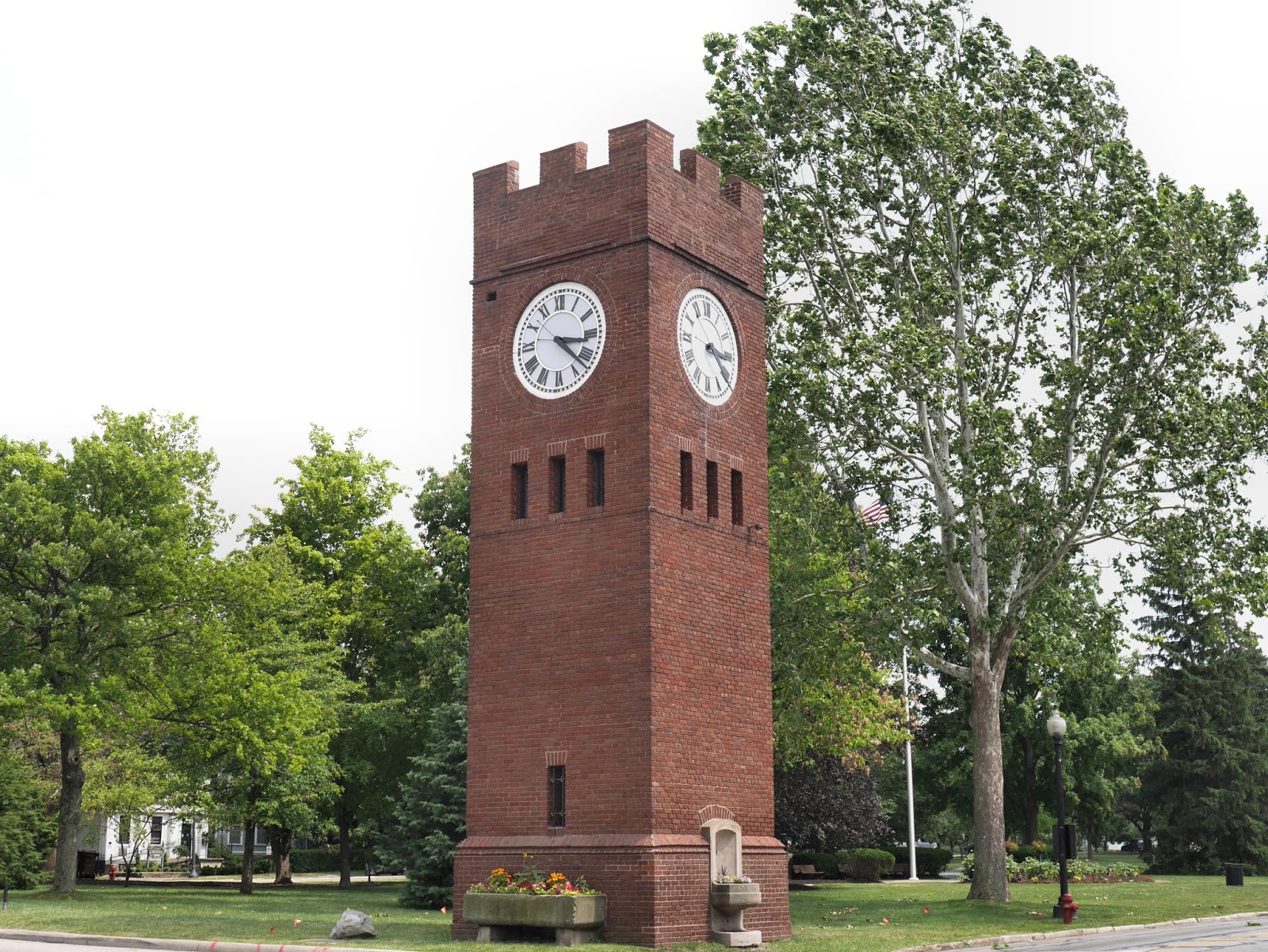 Many of them were not only adorable but affluent and bustling. Hudson, for example, made me wonder: what if New Connecticut was doing Connecticut better than Old Connecticut? 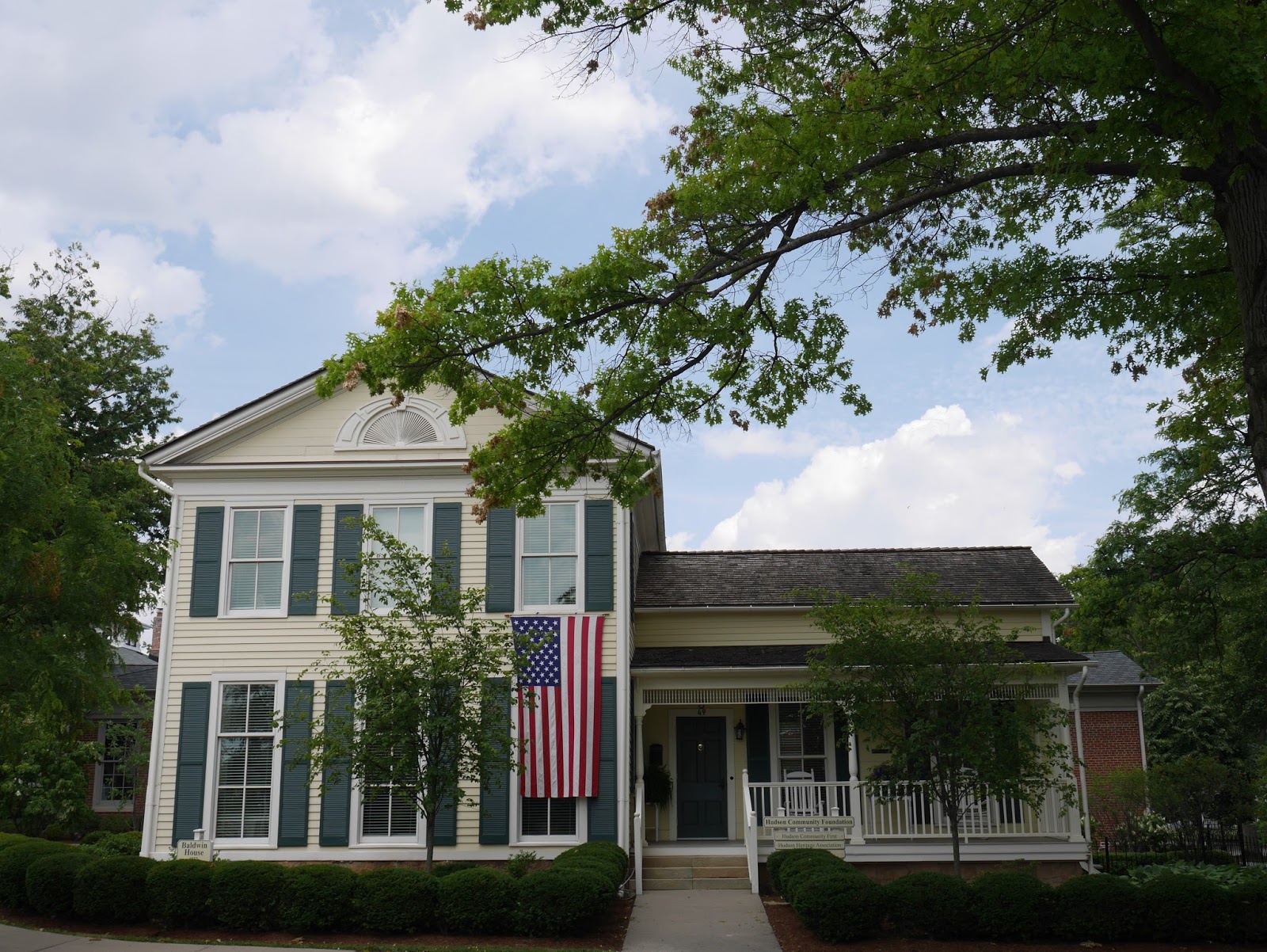 In many towns I visited, the houses looked like they had been plucked from Connecticut’s Zillow listings. It was not surprising that the Western Reserve would have numerous Federal and Greek Revival style homes, giving it a notably Old New England look. 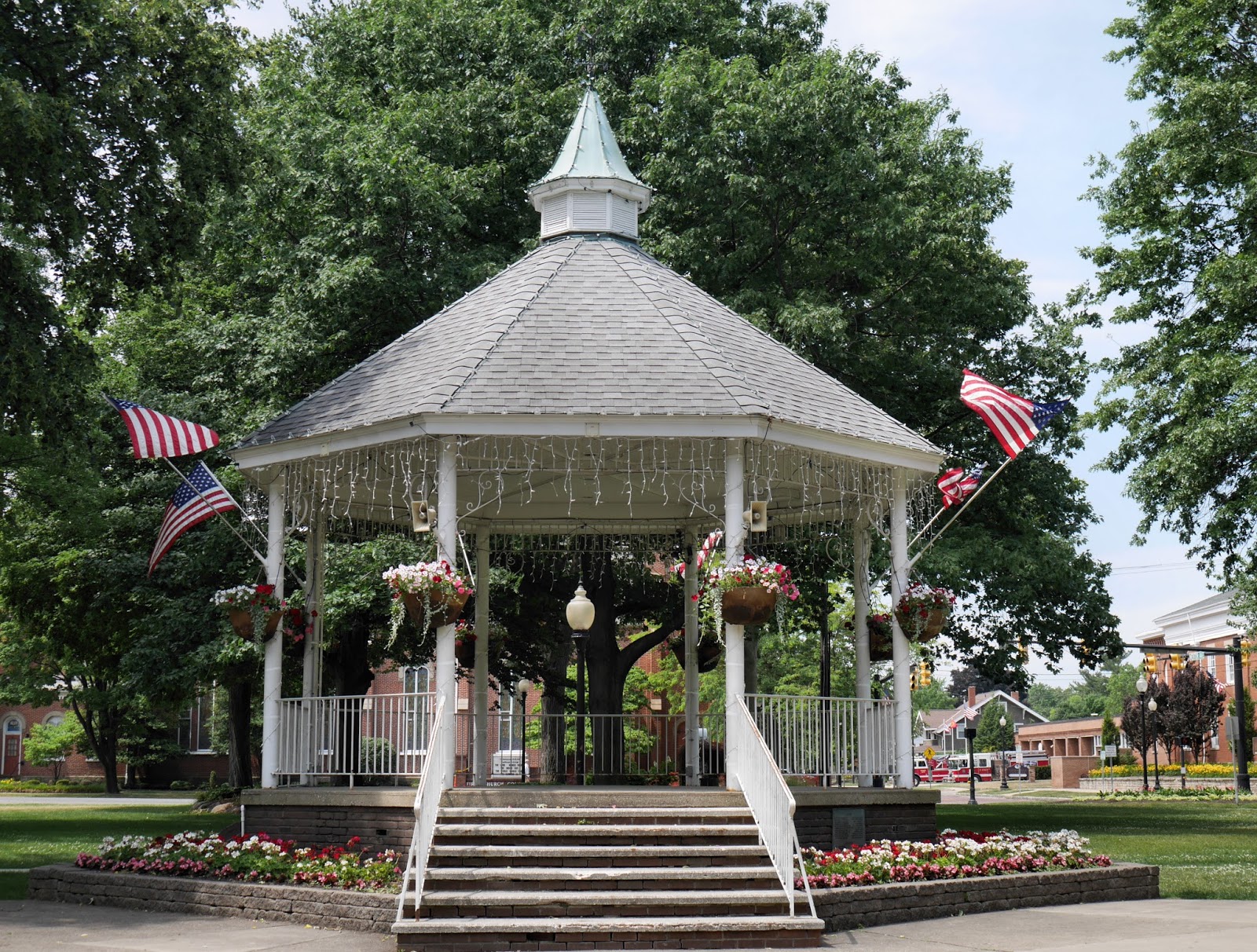 One thing about the gazebos of northeastern Ohio's town squares: they are almost all much more ornate than their Connecticut counterparts.They are very pretty, but I think the Puritans would not approve. 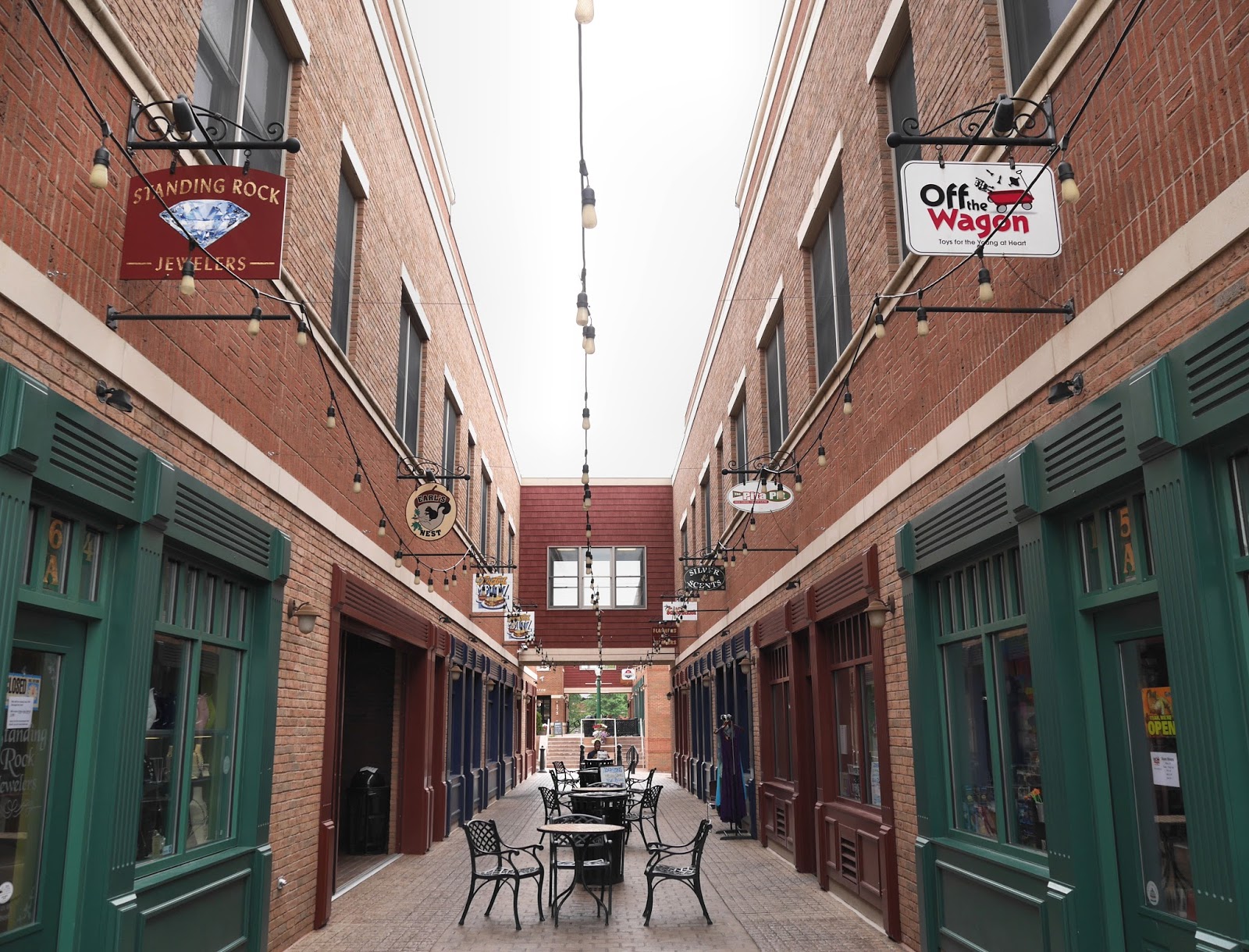 I wished I'd had more time to explore a lot of the places I went in Ohio. 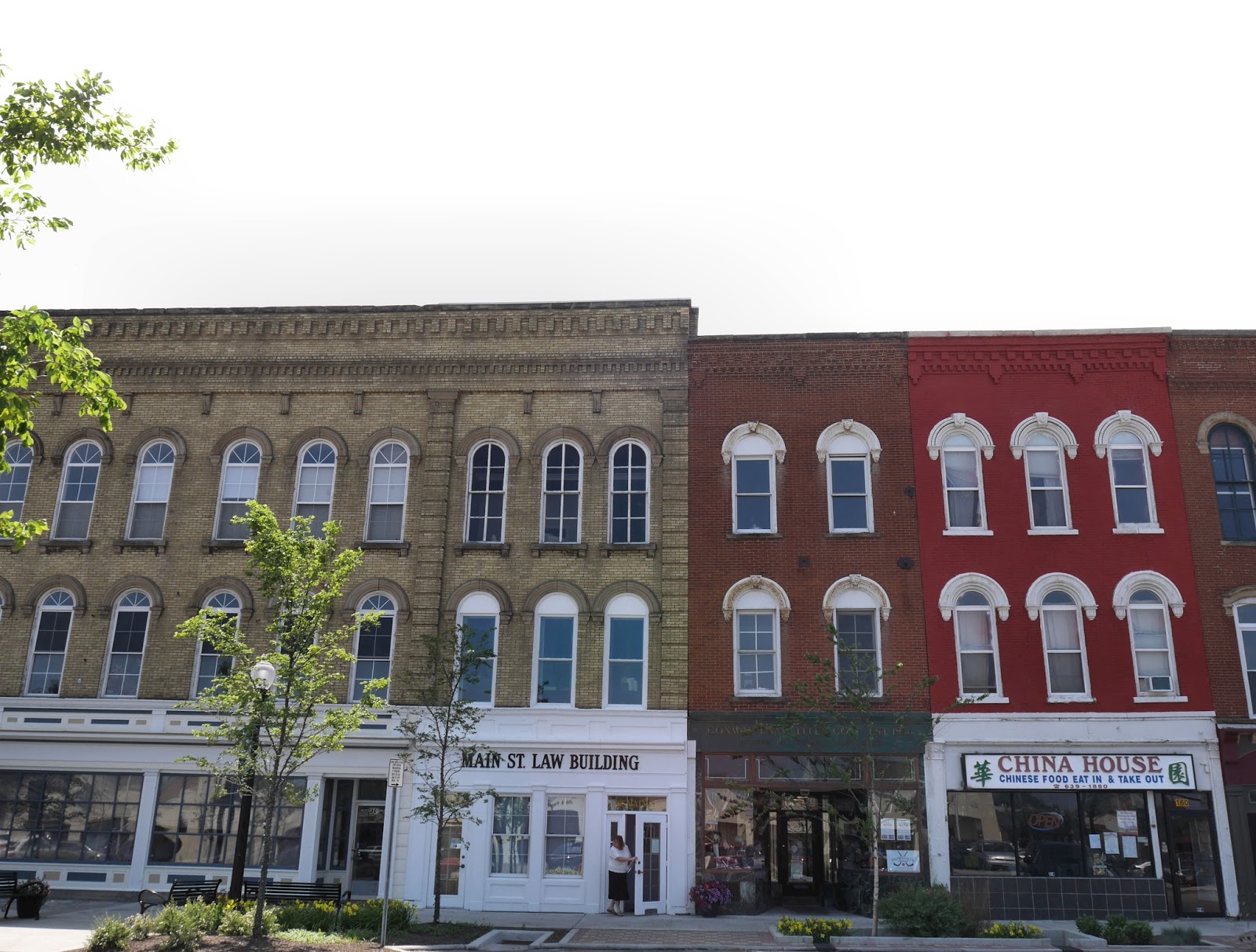 Kent, a college town with a gorgeous and dramatic natural backdrop, and Cleveland, a large (to my Connecticut mind) city made up of distinct and intriguing neighborhoods, are near the top of my list. But many of the smaller towns - some charmingly frozen in their 1950s heyday and others  trendy and buzzing - are on it too. 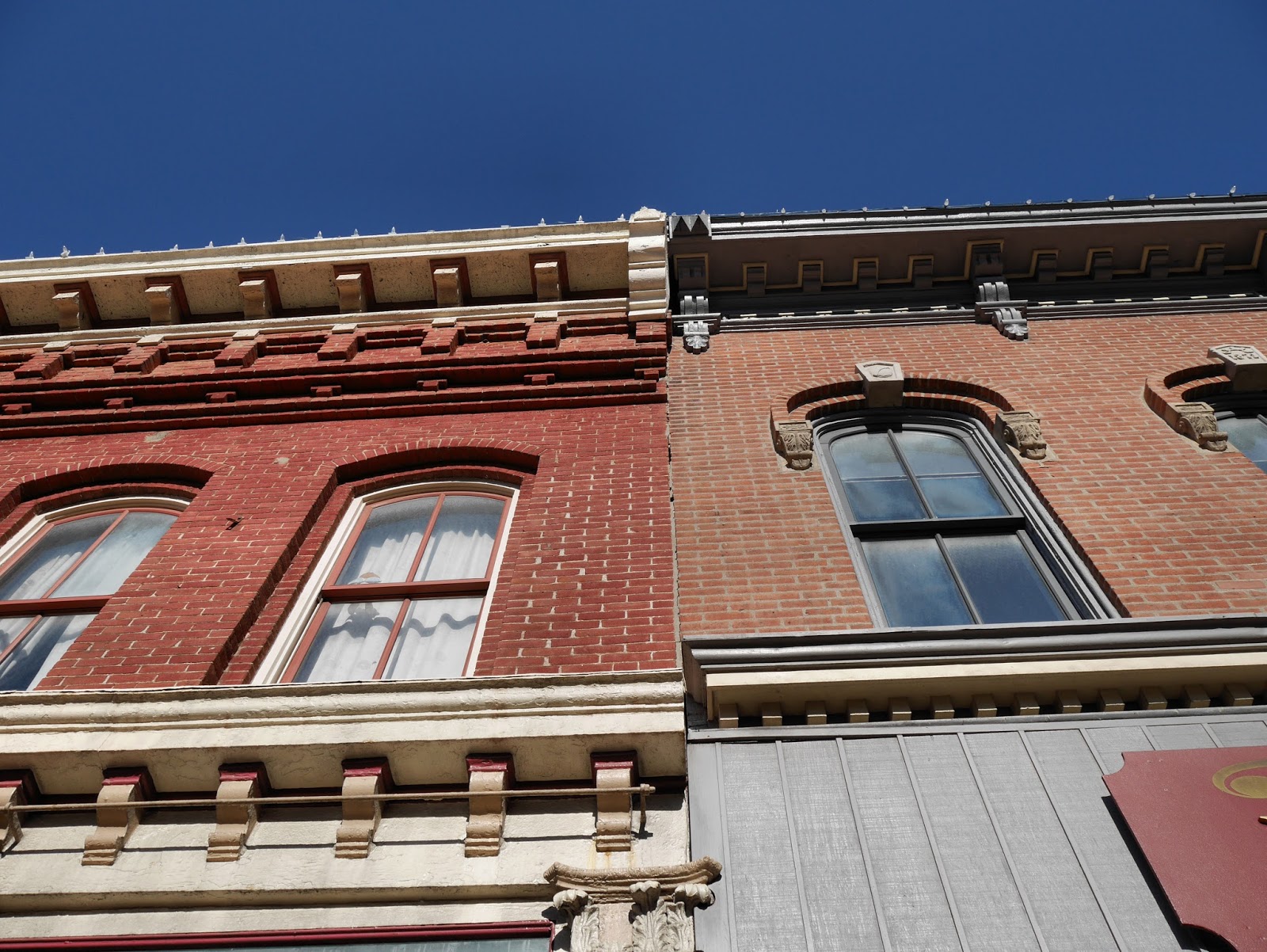 I started in the eastern part of the Reserve, then drove west, along the water. I was leaving the part of New Connecticut where people went to get rich, and entering the part where they went because they had been rendered poor. For a variety of legal and practical reasons, it would take longer to survey the Firelands, and to settle it. But eventually, this other set of emigrants - or, in most cases, their descendants – would make their way to Ohio. 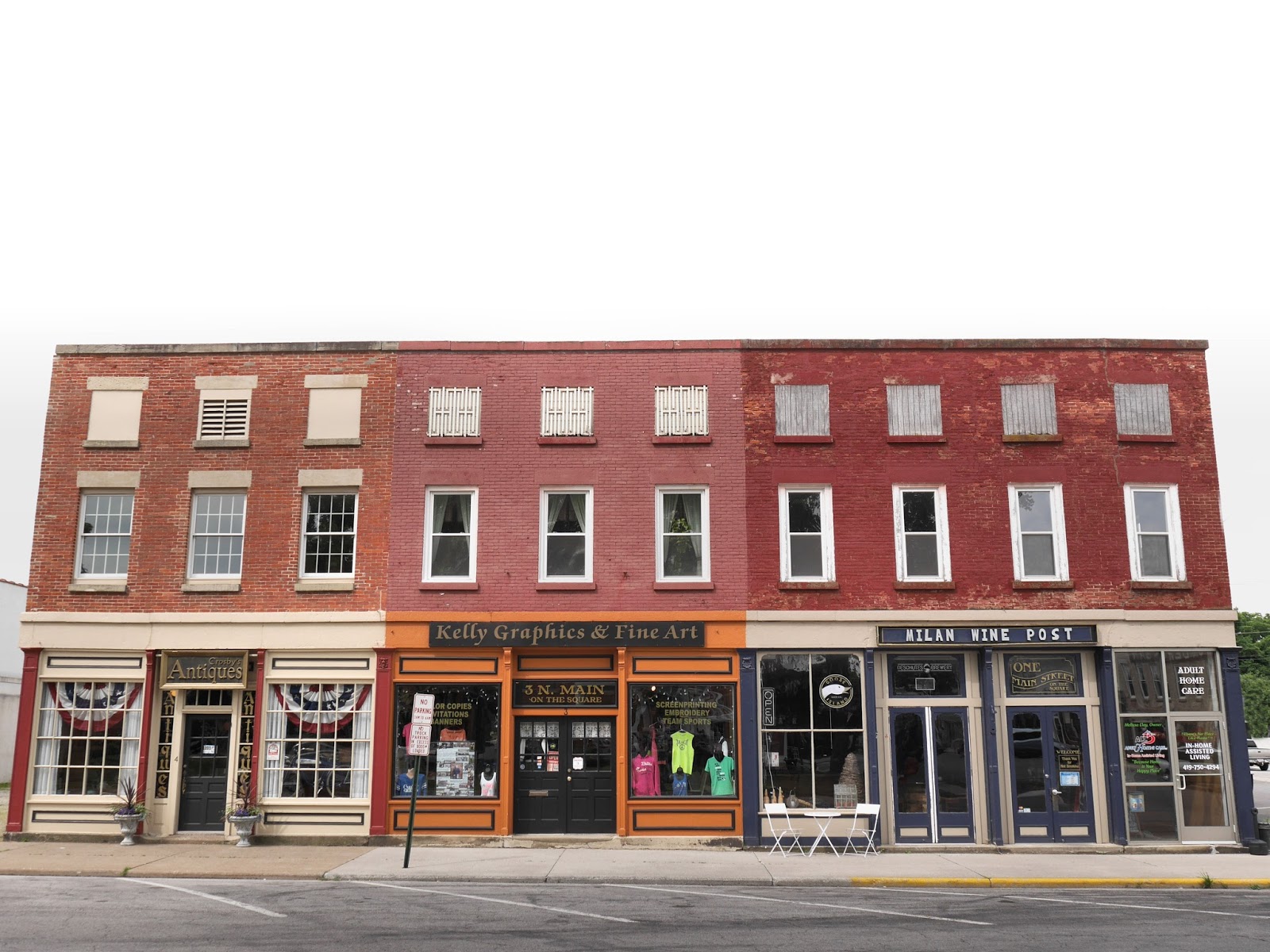 Amid all the cuteness, there were many plaques, signs, statues, and other reminders of the region's past. In Vermillion, where a red-and-white lighthouse stood above the pale blue-grey water of Lake Erie, a sign explained that the town had been founded in 1808 and “Settled by Connecticut ‘Firelanders.’” In Huron, another sign noted that Erie County “had its origins in the Revolutionary War. Connecticut towns were burned in the historic raids of Benedict Arnold and British General Tryon.” 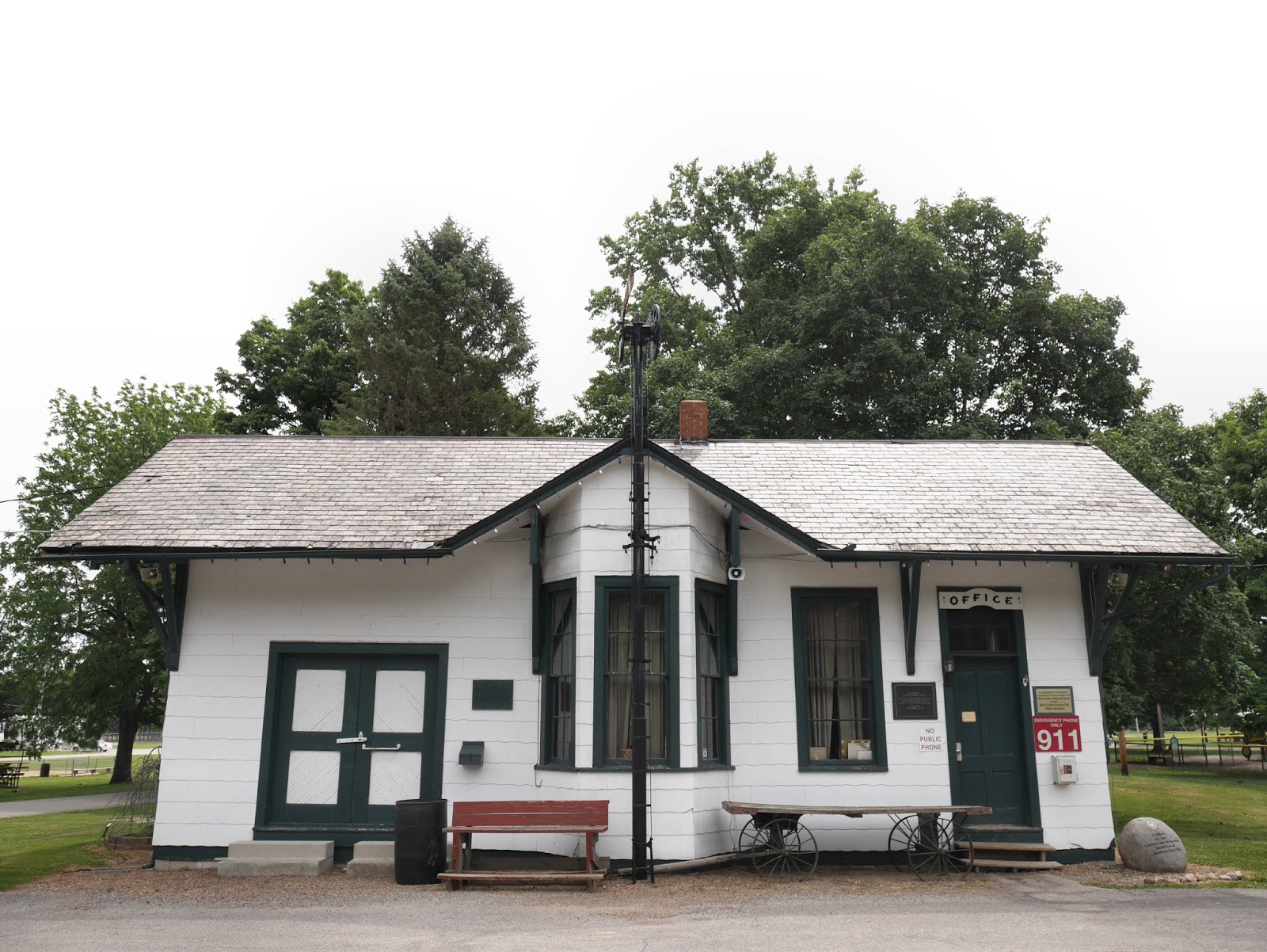 If you know Westport, CT, where I grew up, you know the life-sized bronze Minuteman who kneels on a traffic island, gun at the ready, forever waiting to confront Tryon’s troops returning from their fiery rampage. If you know New London, where I live now, you know that Benedict Arnold is considered a force that shaped the city, sort of like the Great Hurricane of 1938. You also know how different the New London, CT train station is from this one in New London, OH. 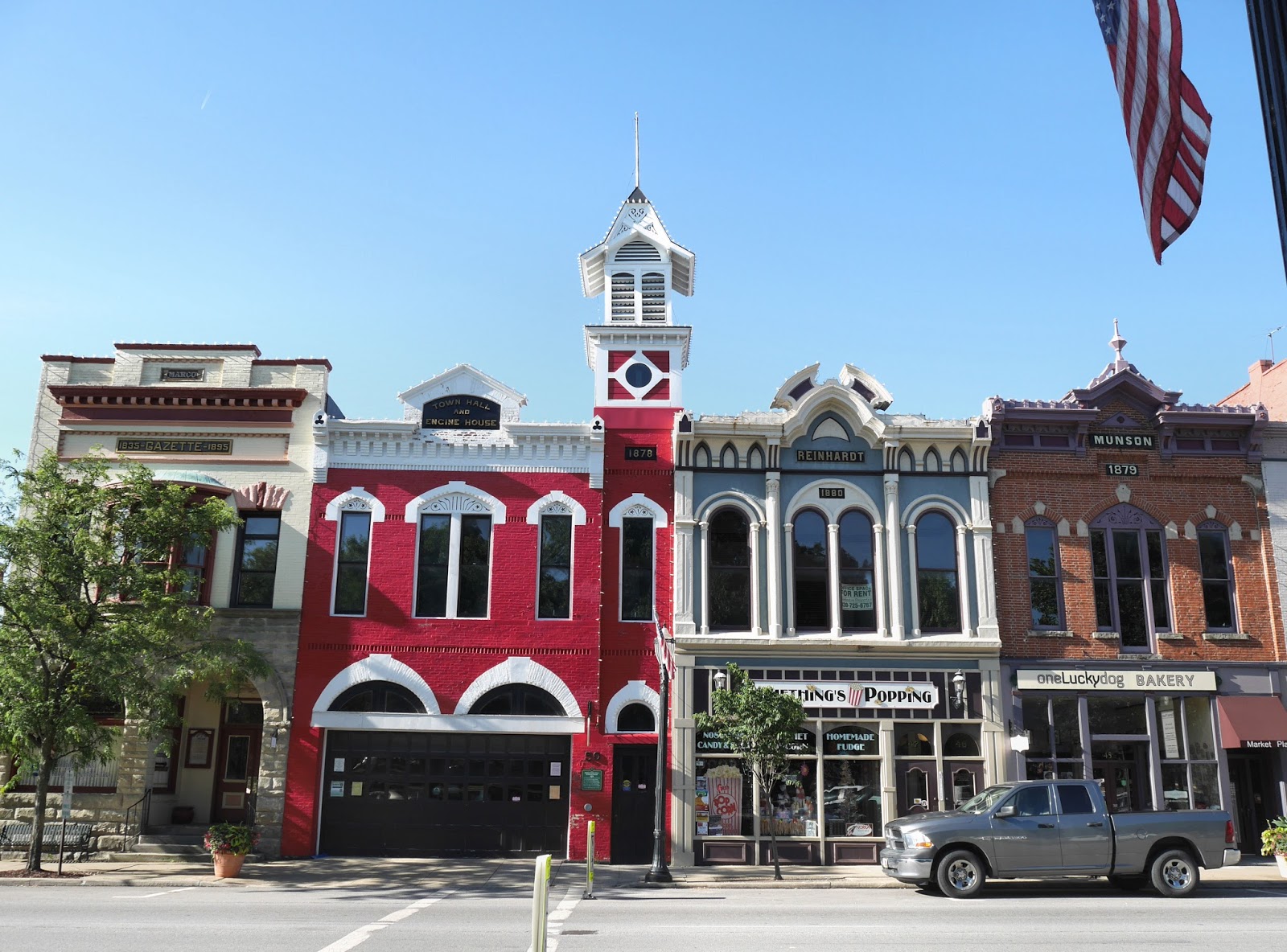 Before this trip, I'd traveled quite a bit in southern and central Ohio. But I'd never been to the part of the part of the Buckeye State that the Constitution State helped to build. There aren't many places I'd characterize as both unexpected and familiar, but this is one.
Posted by Johnna Kaplan at 10:40 AM

Email ThisBlogThis!Share to TwitterShare to FacebookShare to Pinterest
Labels: History, Not Connecticut