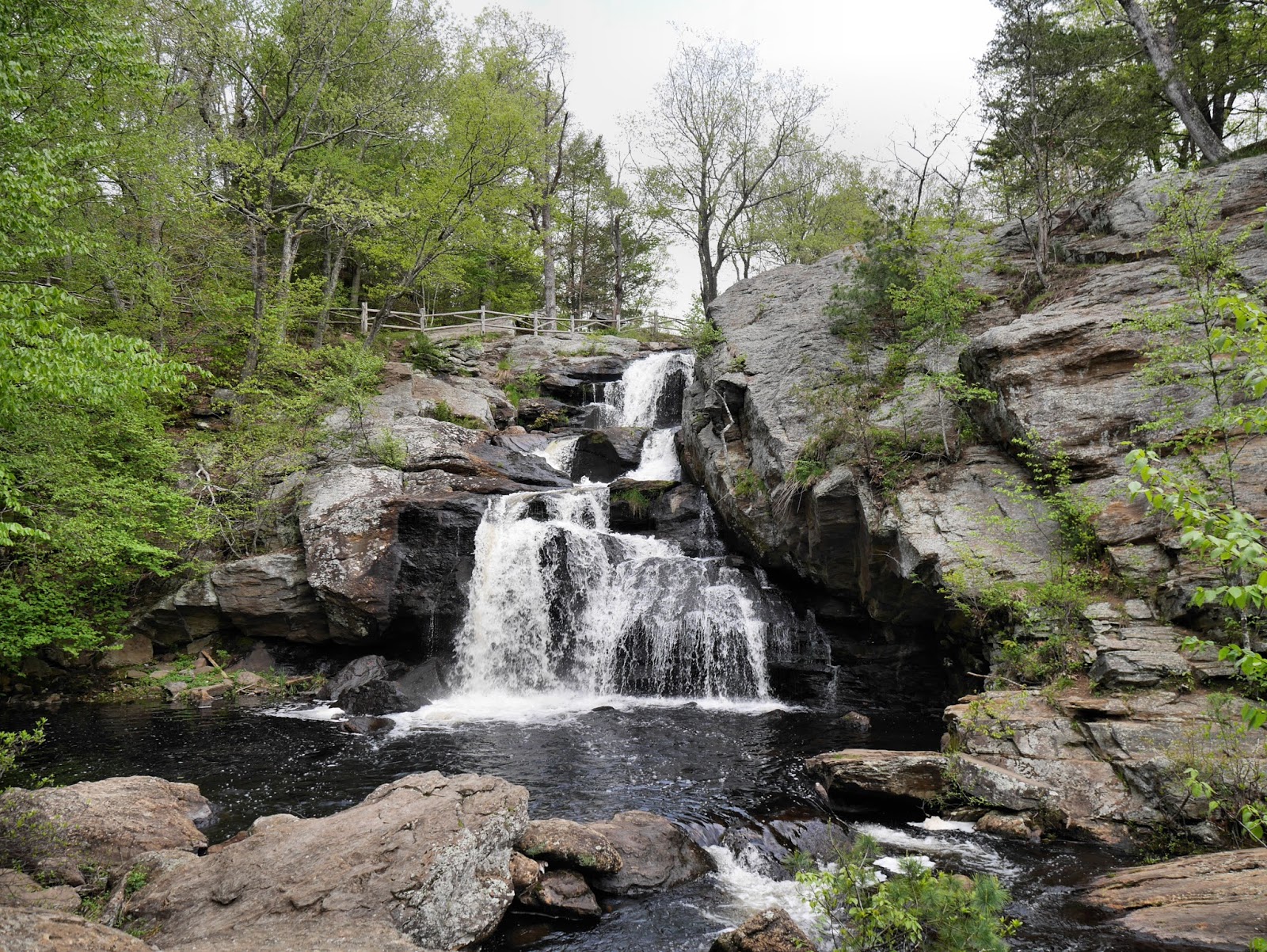 Connecticut's early Puritan settlers would have banned, shunned, or possibly killed me, but I am endlessly fascinated by them. Much of my interest boils down to how freaking serious they were about it all. Say what you will about their rigidity, intolerance, and capacity for cruelty, but you have to be at least a little amazed by how literally they believed in concepts that now seem bizarre to the point of absurdity. Whenever you think they must have been kidding, or exaggerating, you realize that no: they really meant it. They really believed a witch could use her dark magic to make another woman's butter un-churnable; they really thought it evidence of bestiality when a sow gave birth to a piglet that resembled the man accused.

And though we now smile at place names like Satan's Kingdom State Recreation Area and Devil's Den Preserve, the people who named those spots were not amused. When they spoke of the devil they weren't being cute or metaphorical, they were referring to an actual being with whom you might enter into a compact, and whose hooves could cause round holes to form in the rocks beneath the waterfall at what is now Devil's Hopyard State Park in East Haddam.

I didn't look for these pothole formations (created by stones and eddies, not an angry devil, as the legend says) as I stood beside Chapman Falls. I just watched the Eightmile River glide smoothly along before tumbling sixty feet down and coming to rest again at the bottom of the rocks, glistening black in the sun.

You can do a lot of things at Devil's Hopyard: hiking, camping, fishing, and so on. I'm sure these activities are nice too. But because I haven't done them, I will only suggest that you go and stare at the waterfall. (Park at the first lot you encounter entering the park from the north on Hopyard Road.) Go at a time when the flat rocks below the plunging river won't be crowded with other visitors, and you will be the only one standing on the covered bridge. Listen to the roar of the falls and think about Puritans and devils; or, if you're a normal person, think about whatever it is that normal people think about. I don't know what that might be, but I'm sure Devil's Hopyard is the ideal place to ponder it. 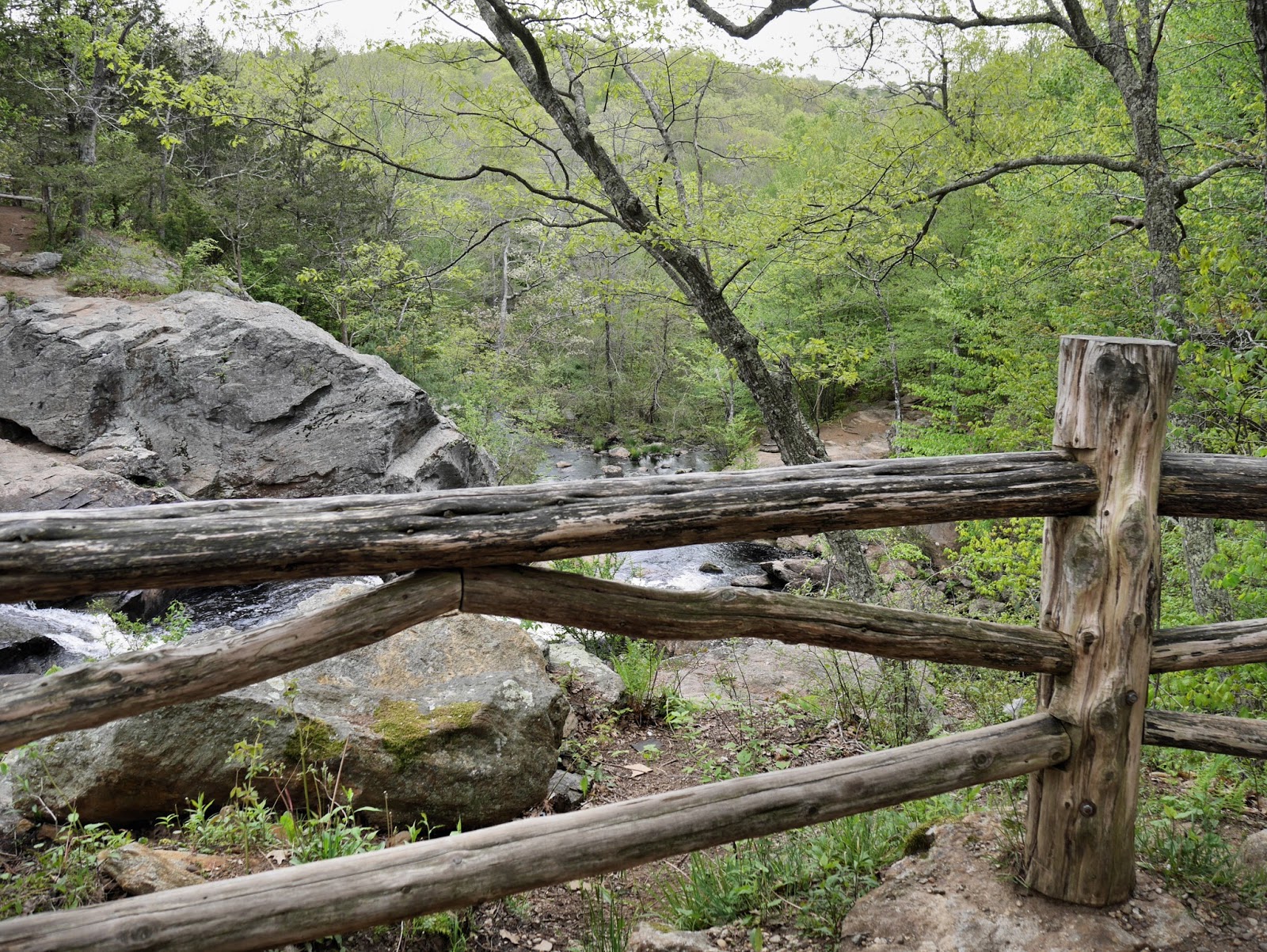 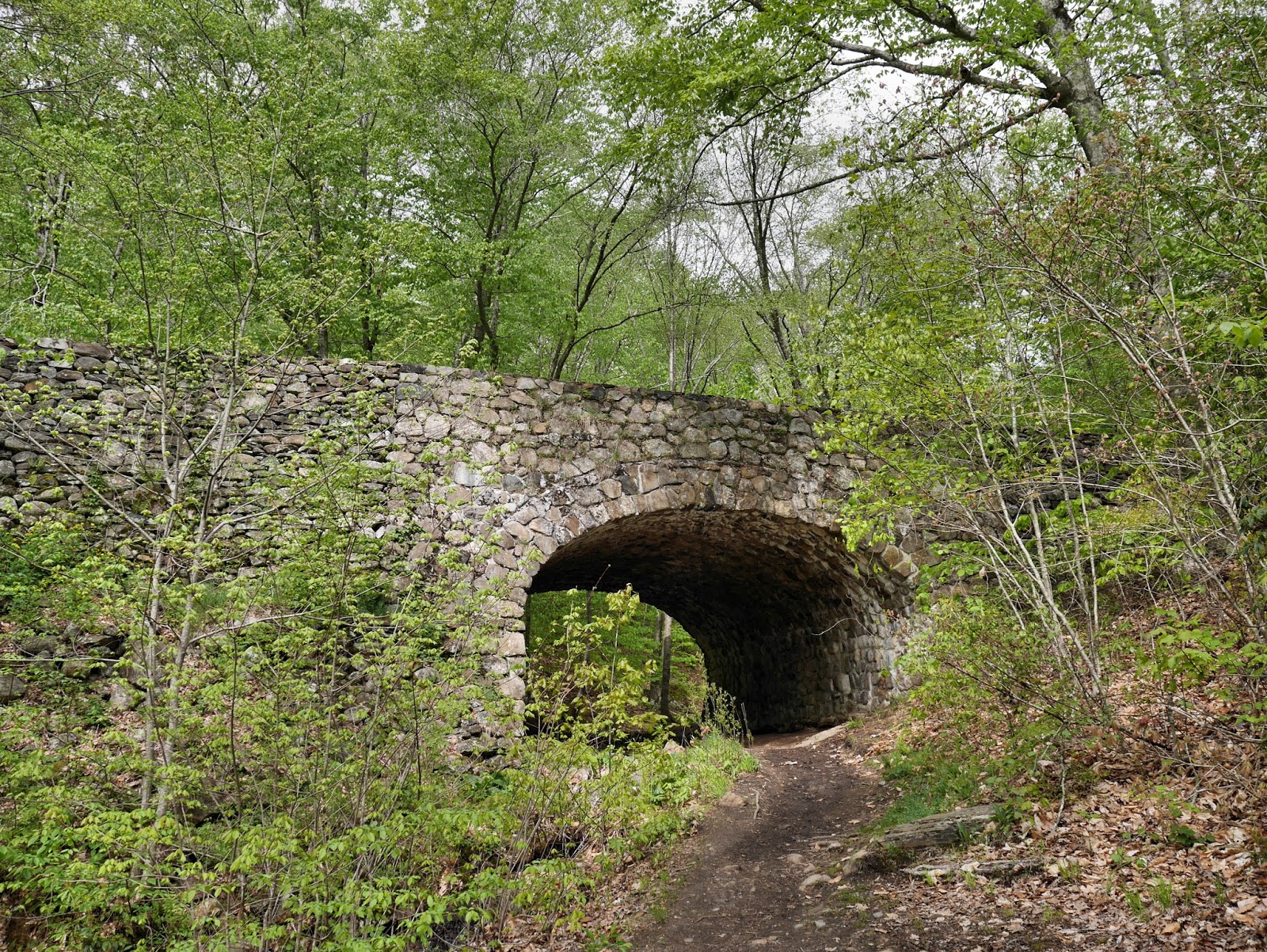 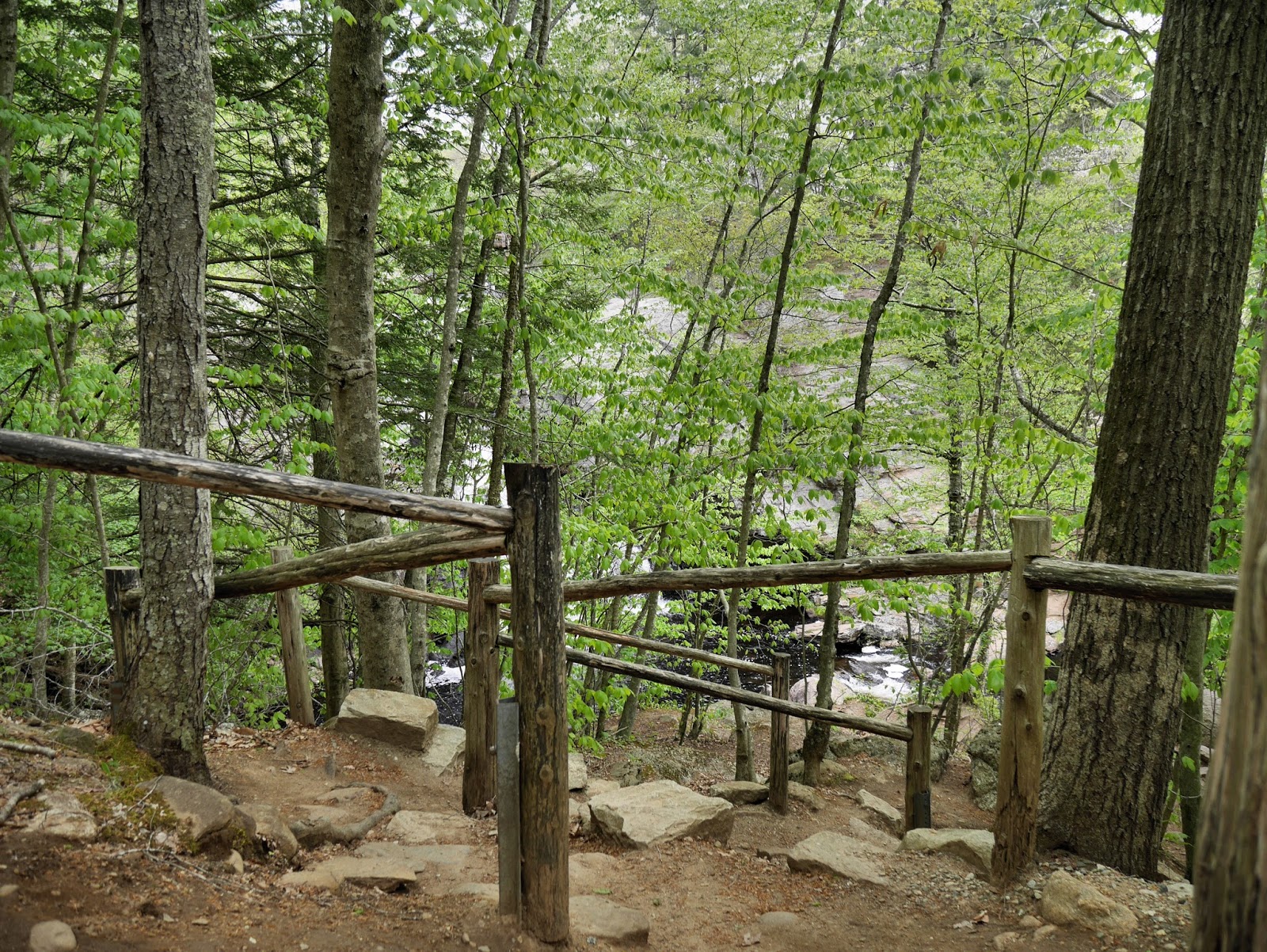 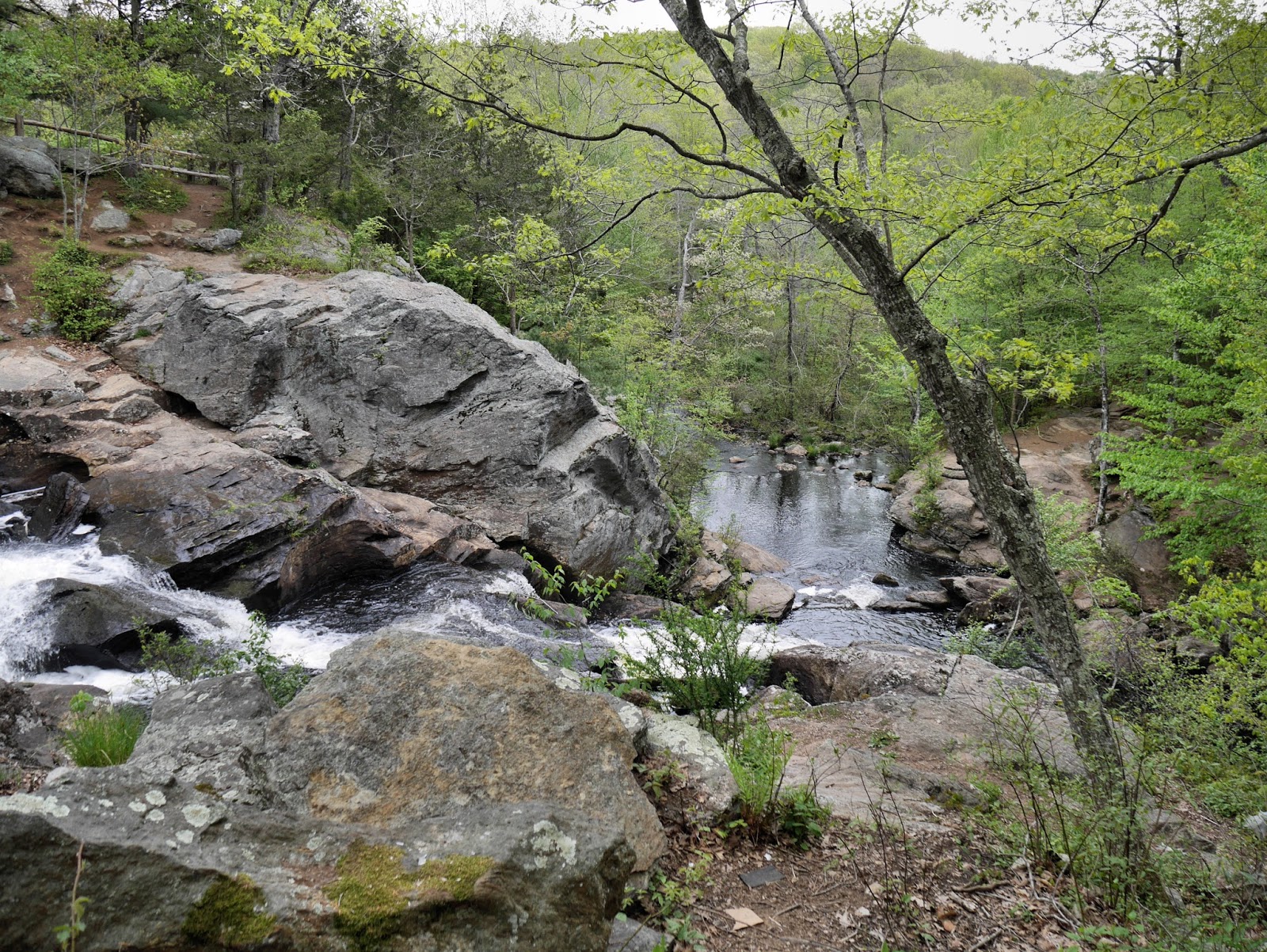 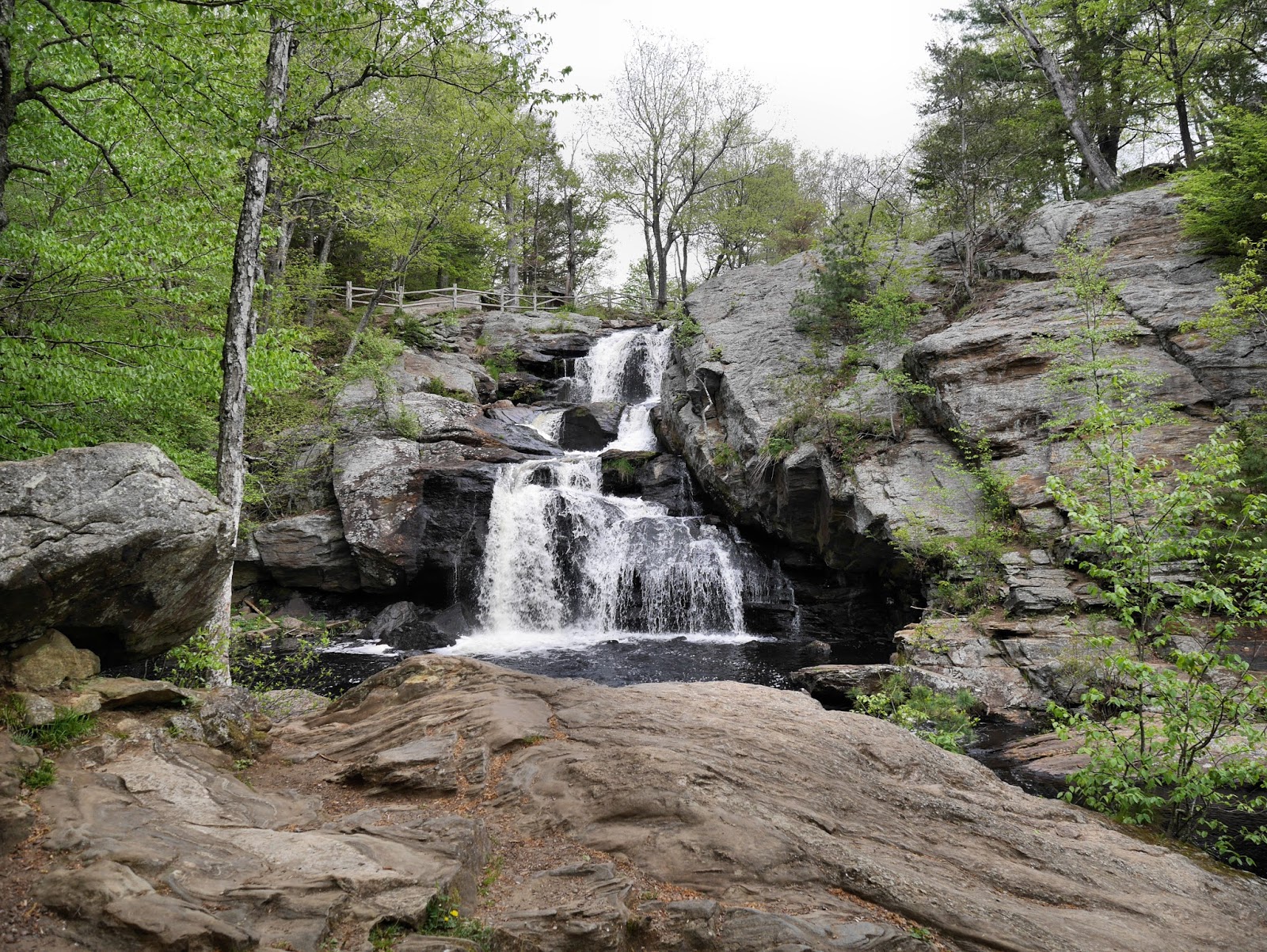 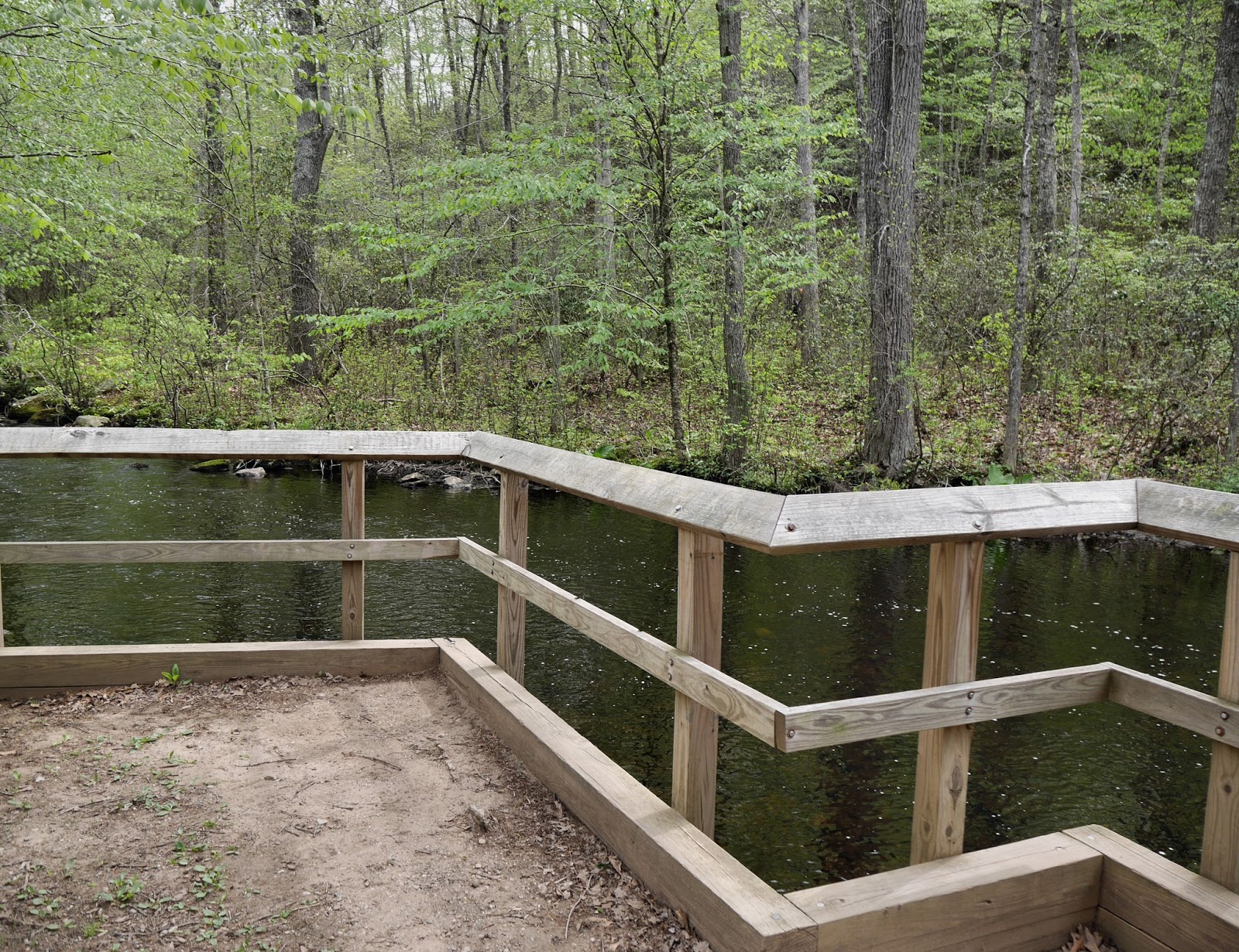 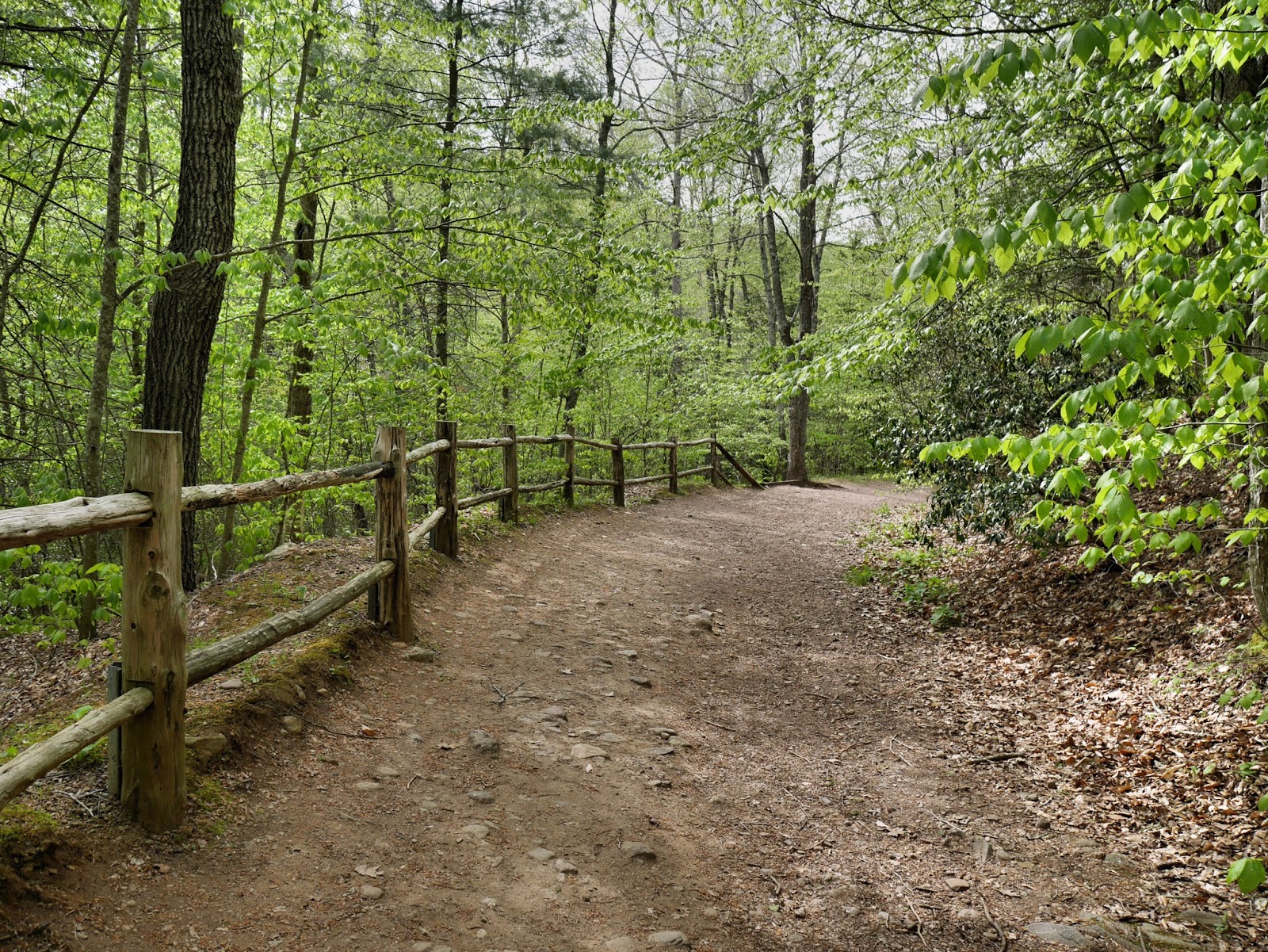 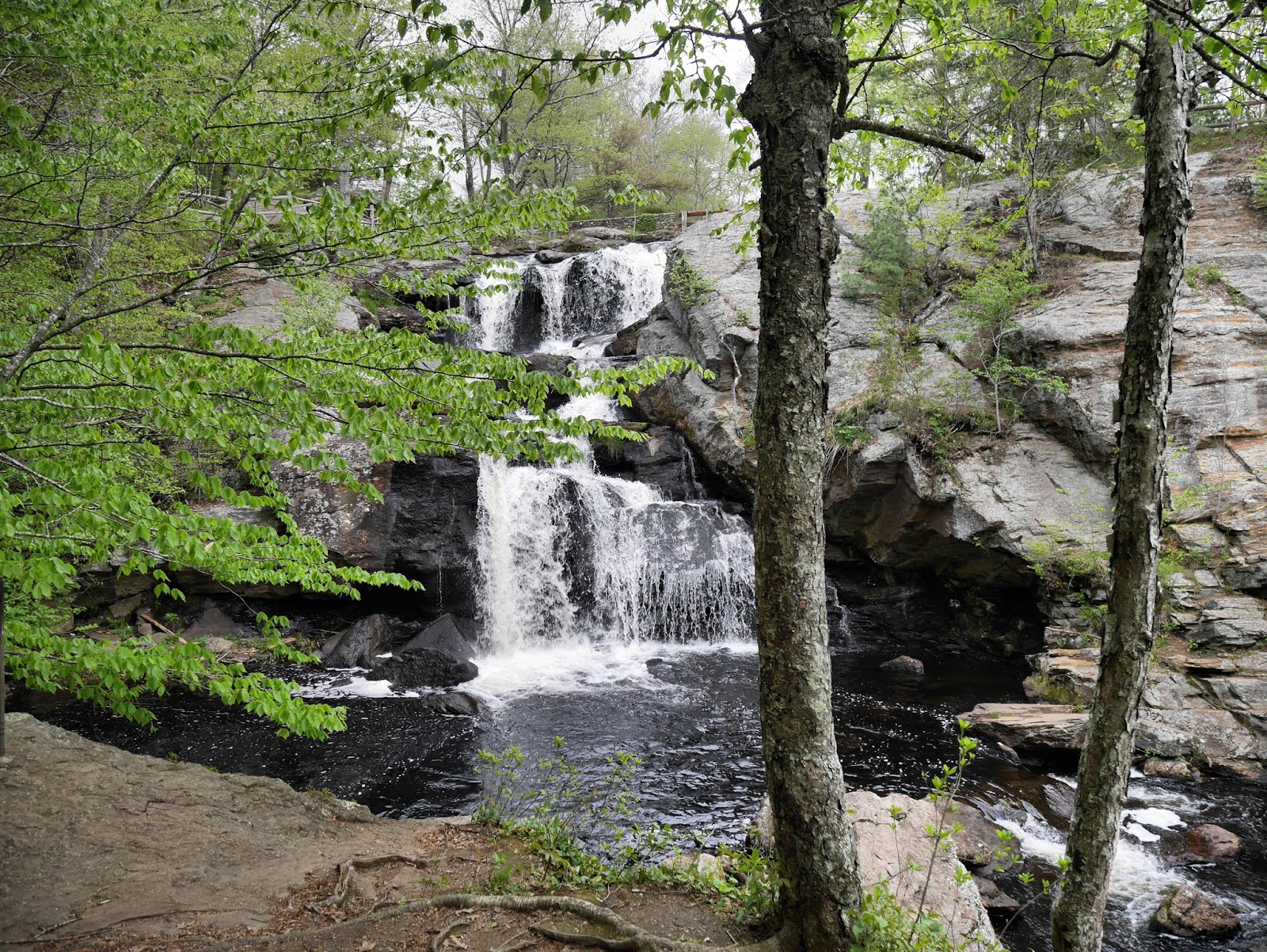 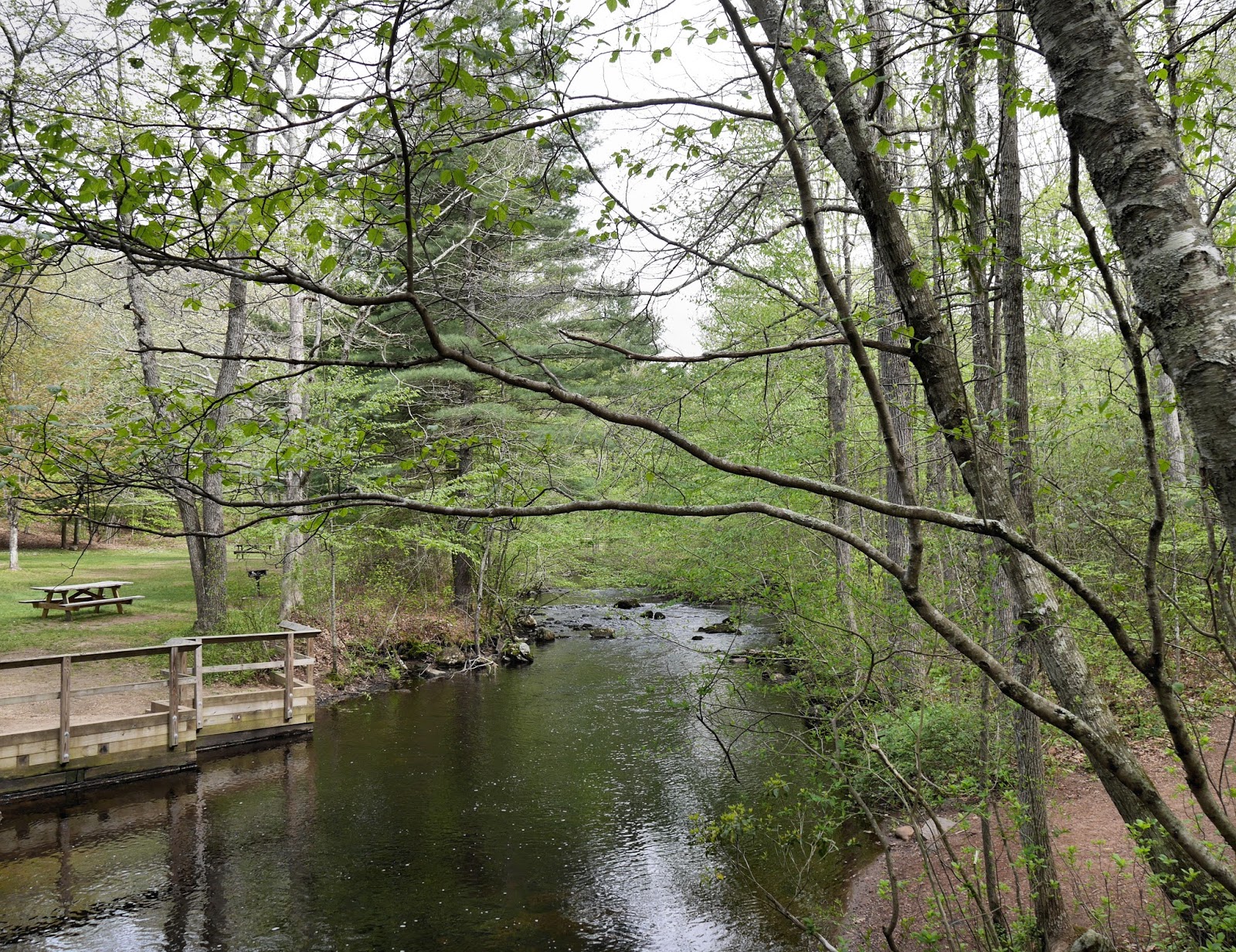 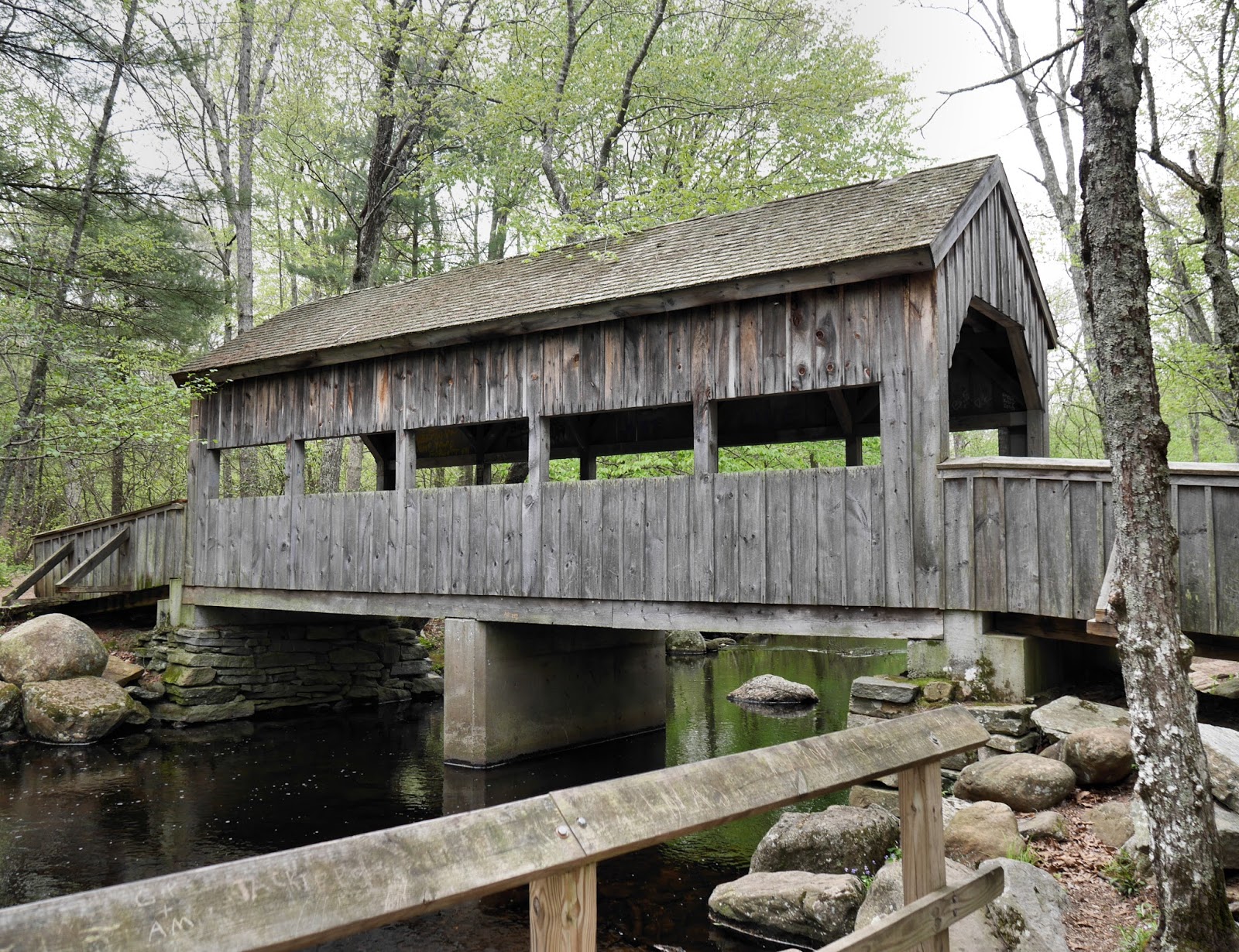