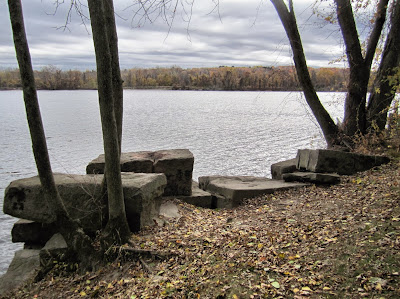 This is what is left of a 19th century loading dock on the Connecticut River in the Middletown Upper Houses Historic District (also known as the Upper Houses River Port Historic District) in Cromwell. The district consists mostly of private homes, one of them a former schoolhouse which, sadly, no longer resembles a schoolhouse. There are only a few hints that this was once a busy commercial area. 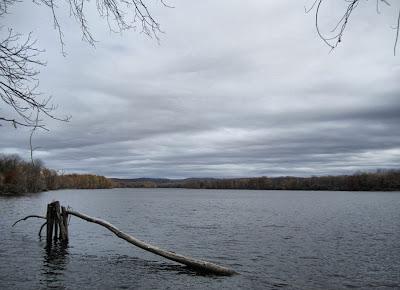 Originally part of Middletown, as its name suggests, Middletown Upper Houses was built on a flood plain, because people in Connecticut have been ridiculous about that sort of thing from the jump. No, I assume it was because access to the water was necessary for shipbuilding and other commerce. Unsurprisingly, it sometimes floods.

When I visited this little area, with its five short streets, it was very quiet. The only sounds came from a group of small kids playing outdoors in a very retro, unsupervised fashion, and the river, which made a timeless spooky gulping sound as it moved against its banks. 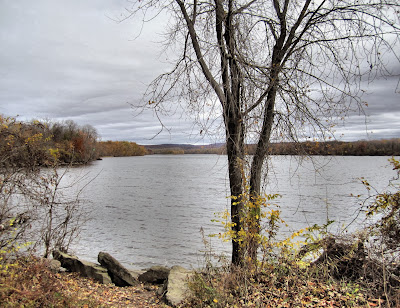 I took these pictures from a park called Cromwell Landing, on River Road. Though I grew up in small-town Connecticut, I learned about rivers in small-town Missouri, Ohio, Indiana, and other states I'd been taught to ignore. In those towns I discovered that there is a reason ancient peoples believed rivers were dwelling places for spirits, and that any road named River Road always leads to something you will want to see . 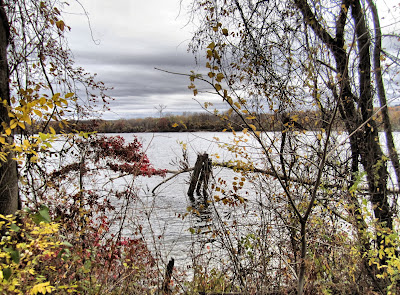 In the past there would have been shipyards, wharves, and warehouses here, and increasing activity as the town's focus shifted from agriculture to the West Indies trade to steamboats. That all ended around the 1820s, and as with other early Connecticut River settlements, you have to partly close your eyes and imagine that lost world. 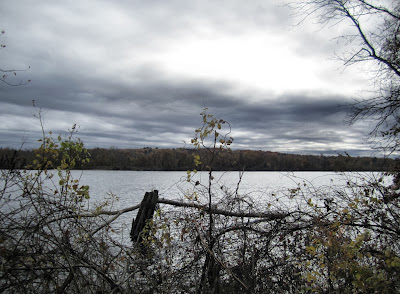 Cromwell, by the way, may or may not be directly named for Oliver Cromwell (whom I cannot mention without linking to this.) It's not even clear how exactly the name was chosen. When the town split from Middletown and became its own entity in 1851, residents preferred the ever-so-creative "Upper Middletown." But the General Assembly sent them a piece of paper with "Cromwell" on it, and that was that. Sources are divided as to whether the name came from the 17th century foe of King Charles I, or from the first warship built in Connecticut (in Essex!) in 1776. But the ship was named for the man, so either way, if you're humming Oliver's Army right now, that's fine.