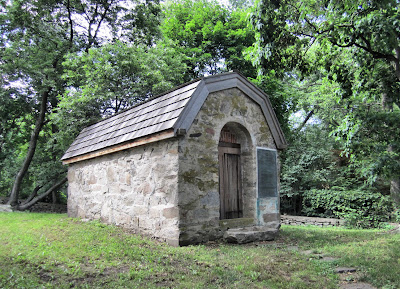 I was starting to get fairly sick of the War of 1812. Not the war itself - I'm cool with ambiguity and Regency dress. I like the story of Decatur getting trapped in New London Harbor, and unusual uses for petticoats, and the now-amusing concept of New England almost seceding from the Union. No, I was sick of the bicentennial of the War of 1812, and my fellow Americans using it as an excuse to indulge in our favorite pastime, viz., dissing ourselves. Which I do quite a bit too, I admit. But publishing a seemingly constant spate of "Haha We Were So Stupid Back Then" articles was starting to seem a little...arrogant. It's easy, 200 years later, to mock people who thought the US could invade Canada with three guys and a stick. But we weren't there, in James Madison's tiny shoes.

I started to wish we could be more like our Northern neighbor, thoroughly confident (despite not even having been a country at the time) that they, like, totally won this thing. Or England, which as far as I could tell didn't even care that this anniversary was happening at all. Couldn't we just forget the whole thing already? 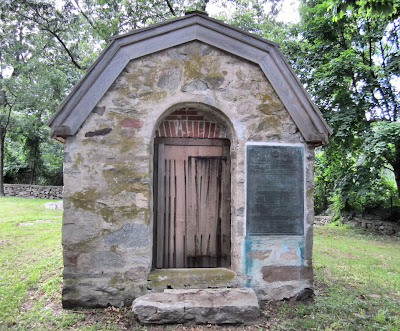 And then I happened to come across a mention of this, and I forgot I was sick of the War of 1812. Suddenly I was traipsing up a small hill behind a Middle School in Fairfield in a heat wave, all enthusiastic about the silly conflict that nobody won. "This" is a powder house, built in 1814. It's quite small; I'm just under 5'5" and my forehead came up to the bottom of the roof. It's situated in a semi-secluded little area with a single bench and some protective stone walls built by the DAR in 1924. 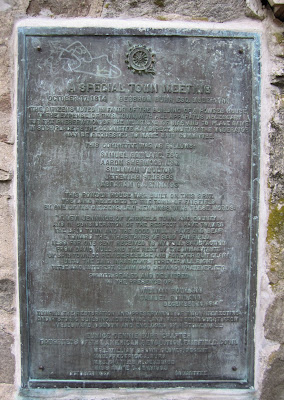 The plaque reads, in part:

The citizens voted in favor of the building of a powder house at the expense of this town, with all apparatus necessary for the preservation of the munitions of war...

This powder house was built on this spot, the land released to the town of Fairfield by one of its citizens, Levi Jennings, with these words:

"I, Levi Jennings, of Fairfield Town and County and in consideration of the respect I have toward the said town and the good will I have and bear towards the inhabitants of said Fairfield, also for one cent received to my full satisfaction...do remise, release and forever quit claim unto the said inhabitants forever all right, title and interest, claim and demand whatever, etc.


If this building were in Groton or Ledyard I wouldn't have been so surprised; it was the fact that a crowded, high-turnover kind of town like Fairfield had let it stand. Maybe it was just because the 4th of July was approaching, but suddenly I thought of the Star-Spangled Banner. Which was written, of course, during the war in which the United States of America determined (yeah, in an ambivalent, bumbling kind of way) that it would continue to exist. It wasn't a cynical enough thought to fit in with the current fashion in 1812 remembrance, but I wondered if those weren't the sort of victories that really mattered. Nothing big and decisive, just that there was still a flag, still a country, still a little stone powder house in "said Fairfield," half-hidden up a hill.
Posted by Johnna Kaplan at 8:58 AM