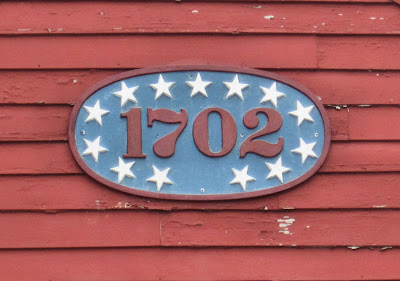 I hadn't come to Colchester looking for things from 1702. 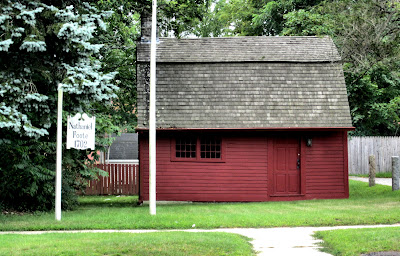 But I couldn't resist this house, in the Colchester Village Historic District. 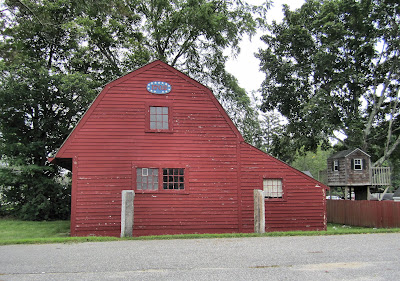 Isn't it so cute? It's the Nathaniel Foote House, the oldest house in Colchester. 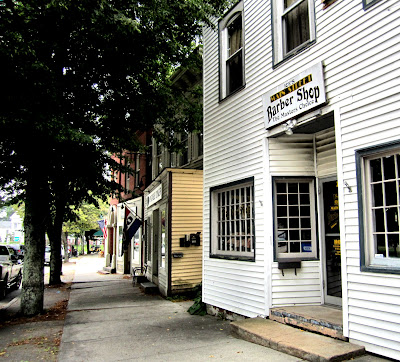 This is Merchants' Row - a bit closer to what I'd come for. A while ago I wrote about the amusing confluence of Jews and chickens in early 20th century Connecticut. Colchester, of all places, came up so often in the accounts of those Jewish immigrant farmers that it made me want to go there. When I finally got around to going, a few weeks ago, I realized I'd been there before. Not the time I came on purpose, to write about vineyards. But several years ago, when I felt compelled to stop, on the way from somewhere to somewhere else, at the Colchester Starbucks. I didn't know enough at the time to consider the possibility that I was drawn here by an invisible connection to those other, earlier Connecticut Jews. I mean, no matter the time or place or reason, there's always something slightly disorienting about being a Jew in Connecticut. (I think it's why Joe Lieberman always looks like he has a headache.) 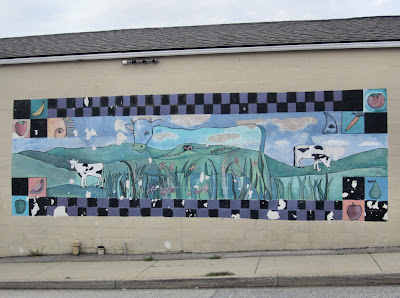 Anyway, I didn't see anything particularly obviously Jewish in my short time in Colchester. Maybe because nothing remains, but probably because I wasn't searching properly. Though just around the corner from the buildings above, I spotted this. A reference - intentional or not - to the town's agricultural heritage, painted on a wall. So no Jews, and no chickens. But I was happy to settle for cows.
Posted by Johnna Kaplan at 9:24 AM