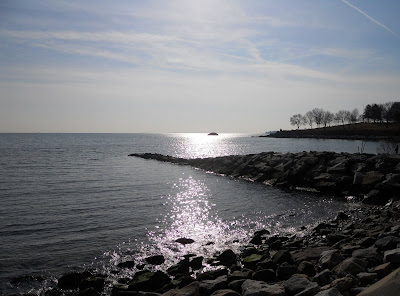 I can't believe I've never written a post about Niantic! I really thought I had. Niantic is a village in East Lyme (not to be confused with Old Lyme or plain old regular Lyme.) It's the part near the water. There are many things I love about it, but for now I'll stick to the boardwalk. 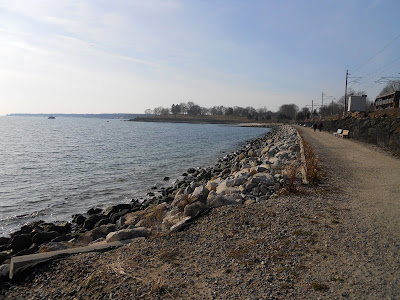 Part of the boardwalk is currently closed for construction. This is the western part, which starts (or ends?) at Hole-in-the-Wall Beach. I like it because it's sort of a combination of multiple aspects of the Connecticut shore, all put together. It's partly industrial: it runs right next to the train tracks, and you can see a nuclear power plant and other unattractive buildings across the water. 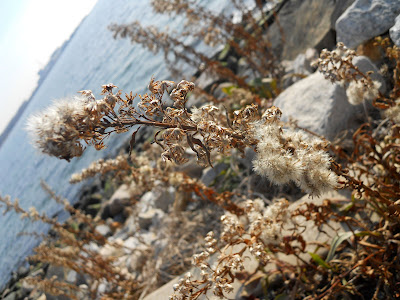 But it also feels very natural, not in an overly pretty way, but in a quiet, rugged way. 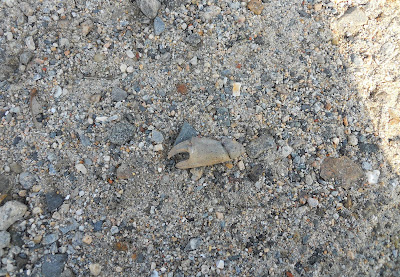 It isn't oddly separated from the water, like some beaches and trails are. The seagulls don't seem out of place here, and if you look closely you'll see other natural things underfoot, like little detached claws. 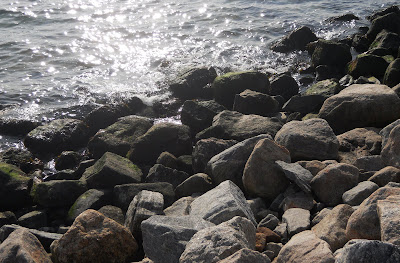 But it's beautiful too. If you turn away from the Amtrak going by and the power lines overhead, you only see the sun on the water, and the waves meeting the rocks.
Posted by Johnna Kaplan at 3:22 PM